Why sport lags behind on reproductive rights Overnight, women have been set back 50 years in the US. The decision to overturn Roe v Wade in June, thus removing abortion as a constitutional right, did not come as a surprise, yet was shocking at the same time.

In terms of sport, that’s like going back to a leather basketball, cinder athletics tracks and cotton rugby shirts.

Although abortion was decriminalised in Northern Ireland in October 2019, abortion services have still not been commissioned, meaning access to abortion is still restricted. In Scotland, there are no healthcare services which provide abortion care up to 24 weeks, forcing women to travel away from home. We have been sucked in to thinking this is “a US issue” but, in reality, it strikes much closer to home.

Sportswomen might not be the first group you think about when it comes to reproductive rights, yet it is a group for whom an unwanted pregnancy can be a life sentence for their careers.

Sport is a career which is completely reliant on being able to push your body to its limits. The success of an athlete is often fuelled by being able to control what their body does and being finely in tune with their body’s rhythm; a skill that is mastered over years.

The physical toll of pregnancy can change a woman’s ability to do that. Athletes around the world face the reality that there is no guarantee, unlike most jobs, that they can return to their role at the same skill level as pre-pregnancy.

That means an unwanted pregnancy, with the choice as to whether to go through with that pregnancy taken away, really can be the difference between pursuing a career in sport or not, pursuing a dream or not, and taking home a pay cheque or not.

There are of course women who do manage to have careers after pregnancy, and even continue their careers during pregnancy. Allyson Felix and Helen Glover are two athletes who come to mind and competed post-pregnancy at the Tokyo Olympics last year.

I will also always remember being in awe of Alysia Montaño running at the US national track and field championships whilst eight months pregnant, but these pregnancies are often planned, calculated to the nth degree, and have financial support behind them.

This is not to take away from a feat of gigantic proportions, but it becomes almost impossible if it’s an unplanned pregnancy for an emerging, yet unsigned, athlete.

An argument thrown at athletes who seek abortions often goes “a medal isn’t worth more than a life”.

Of course it isn’t. Ultimately, athletes are trying to win medals. That is the aim of the game, but that is just the pinnacle of a career. An athlete’s day-to-day is about putting food on the table, just like any other line of work, it just happens to play out on the big screen and comes with a degree of glory. This doesn’t make an athlete’s choice to have a career ahead of having a family any less respectable.

This argument comes from a deep-rooted issue present in sports culture where we view an athlete’s body as a commodity, owned by spectators, a governing body, a brand. But the sporting arena is an office – without the rights and security afforded to “normal” workers.

That brings me on to the second reason why abortion restrictions especially impact women athletes. Life as an athlete isn’t the financially stable one that it is often believed to be, especially not with the gender pay gap so prevalent in sport.

The high wages are reserved for those right at the top of their game, and mostly for men. The majority of women athletes just make enough to get by. In sport, short-term contracts are the norm, many with deductions in pay if an athlete doesn’t perform enough that year. If an athlete is lucky enough to receive an income from their sporting governing body, there is always the risk of being dropped the next year.

On top of that, athletes rely on performance bonuses and additional income from competition wins to make ends meet. If you’re pregnant, you may not even be safe to participate. Oh, and there’s no maternity pay for most women athletes, either. 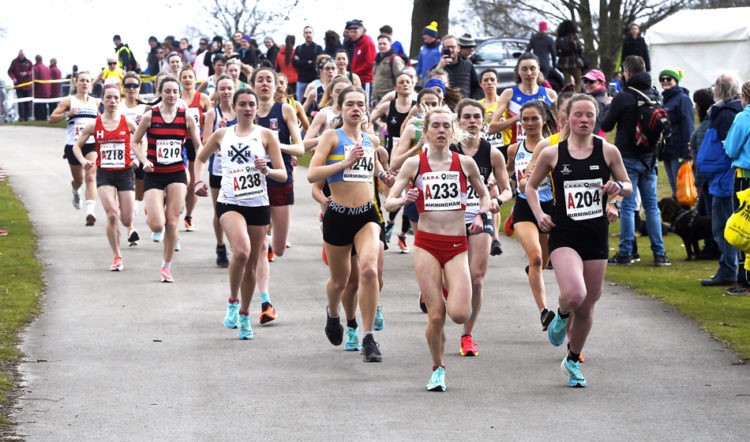 It goes further than a pay cheque, though. An unwanted pregnancy could also mean young athletes waving goodbye to sporting scholarships, which for many is their ticket to a good education.

Even if an athlete can get their body back to performing at elite levels, with another mouth to feed, a full-time athletic career may no longer be financially viable.

Sporting leaders must respond in light of these tragic attempts to control women’s bodies and act to protect women in sport.  If companies are going to talk about diversity and inclusion and create adverts boasting their equality work in sport, then they must put their marketing where their mouth is and introduce policies that support women athletes through reproductive health.

Sporting bodies and brands do not have the power to change national laws on reproductive health, but they can do everything in their power to implement policies which support women to make informed, financially supported choices to prevent a situation where an abortion is needed in the first place.

As with all women, athletes don’t want abortions. We need funded maternity and paternity leave for athletes, a ban on wage deductions for athletes who are unable to perform due to pregnancy, and commitments from sporting governing bodies and universities to financially and medically support athletes and student athletes through their pregnancies.

Sport lags behind on reproductive rights. These changes are the least that can be done to give comfort to women athletes who just lost what they hold most dear – the control of their bodies.

» Kate Seary is co-founder and director at Kyniska Advocacy – kyniskaadvocacy.com