Dina Asher-Smith is the fastest female British sprinter in history. She holds the national records in the 100m and 200m events set in Doha 2019 with 10.83 seconds and 21.88 seconds respectively.

Born on the 4th of December 1995 in Orpington, London, Asher-Smith started running at the Blackheath and Bromley Harriers Athletics Club when she was eight years old. John Blackie became her coach and continues to do so even today.

The Harriers are one of the leading athletics clubs in the country, which have had a number of athletes turn professional in their later years. Asher-Smith was the first to do so and win an Olympic medal (bronze in Brazil 2016) since Robert Lindsay who won the 1920 Olympic gold in the 4x400m relay.

Asher-Smith was the youngest athlete in the Great Britain and Northern Ireland squad for the 2013 World Championships in Moscow and won bronze in the 4x100m relay.

She went on to go to the World Athletics Championships in Doha ranked number one in the world in the 100m and 200m. She delivered gold in the 200m and silver in the 100m, both in British record times. With these results she became the first British woman to win a world title at 200m.

Asher-Smith was first nominated for the BBC Young Sports Personality of the Year in 2013 when she won her two gold medals at the European Junior Championships. She has been nominated for the senior award on a number of occasions in her professional career.

She was considered one of the favourites with sports betting sites for the 2021 award, according to this data from OLBG, although was beaten by young tennis sensation Emma Raducanu. The two do share a similar path having both attended Newstead Wood School in Orpington.

For those keen to wager on the 2022 results, the options include Lewis Hamilton and Harry Kane as favourites for the title this year. Asher-Smith has been nominated throughout her career in part due to her sporting achievement, but also her work and influence off the track. She was listed as one of the most influential people of African/African Caribbean descent most recently in 2021 by Powerlist.

As well as being a star athlete, Asher-Smith ensured she worked hard in her studies and she achieved high A-level grades after her appearance in Moscow and went on to attend King’s College London to study history. She graduated from university with a 2:1 having dedicated her dissertation to the history of jazz music.

She has also had a long-time interest in fashion. It has been a source of fun and pride and she has enjoyed modelling with a stint on the Paris Fashion Week back in 2018. She appeared alongside fellow athlete Katarina Johnson-Thompson at the event, both hugely influential athletes. 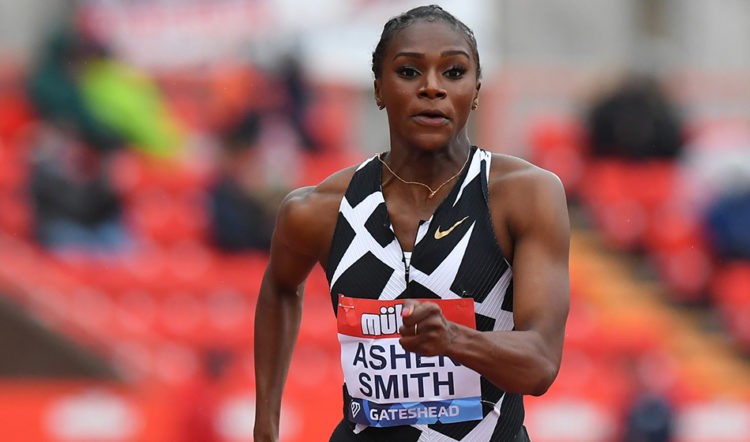 Asher-Smith has called on athletes to be more realistic role models in sport, not just smiling and holding flowers. She wants girls to see female athletes working hard, getting frustrated and doing all they can to achieve their goals.

She makes trips to schools to speak with pupils and is not afraid to speak about difficult topics honestly and personally. She speaks about being able to communicate openly and not hide things because they may be a little uncomfortable to talk about. Especially for young girls growing up, they can be surrounded by men in athletics clubs, but need to feel confident of speaking about how they feel.

Her support for young people really elevates her beyond a sport person to a role model. The work she puts in the help young people understand being healthy isn’t a specific size of clothing, but she works hard to teach young people that eating well and exercising does so much good for you, even at a recreational level.

It is these comments – and the way Asher-Smith works so hard for herself and her team – that put her in the category for Sports Personality of the Year so regularly. She enforces the fact that in athletics the margins are small, yet the stakes are so high. There is no time to sit and be quiet, you have to work and challenge and to be relentless if you are going to succeed.