By Adam Baskin: Matchroom Boxing has inked 2016 Olympian Richardson Hitchins (14-0, 6 KOs) to a three-fight deal. The 25-year-old Hitchins competes at light welterweight, and he’s still a prospect at this stage of his five-year professional career.

Hitchins still hasn’t had his first true test at 140, so it’s difficult to know what to expect. Matchroom Boxing boss Eddie Hearn is banking on Hitchins turning out to be gold. Hence, he signed him to a three-fight promotional deal, believing he’s going to find success.

Hopefully, Matchroom to a better job with Hitchins than his previous promoters at Mayweather Promotions, who failed to set him up against any of the top contenders or champions in the 140-lb division. Hitchins is a five-year professional, but he’s not been put in a position to succeed as of yet.

“I’m taking over the 140-pound division. I feel like none of these guys are on my level,” said Hitchins to YSM Sports Media. “There really ain’t anyone at 140 that is too much of a threat.

“You got some good guys there. The guys that they’re hyping up like Teofimo. They’re not really good fighters to me. They’re cool. I feel like the guys that aren’t spoken about are the threats.”

Matchroom will announce the recently turned 25-year-old Hitchins’ world title fight tomorrow. It’ll be interesting to learn who Hitchins will be battling for a belt. It would be fun to see how Hitchins does against the likes of Subriel Matias, Regis Prograis, Jose Zepeda, or Jose Ramirez.

Those guys have a lot of pop in their punches, and Hitchins would need to use his boxing skills for him to have a shot at beating them.

Hitchins has recent wins over these fighters:

Hitchins’ 10 round split decision over Argenis Mendez (25-7-3, 12 KOs) is a little troubling because he’d been soundly beaten by Luke Campbell and Robert Easter in 2016. For Hitchins to be struggling to defeat Mendez, it’s a little worrisome. Of course, that fight was two years ago.

“I couldn’t be more excited about this opportunity to join the Matchroom stable,” said Hitchins. “I believe that I am the best 140 pounder in the world, and Eddie is going to give me the opportunity to prove that.” 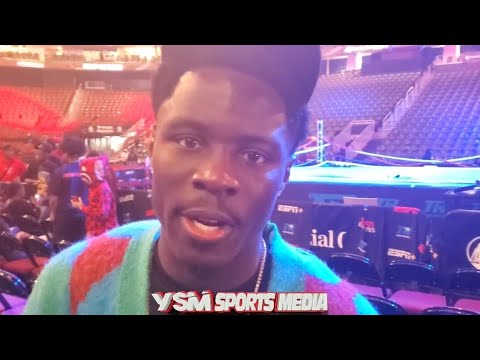