Hearn says he’s weighing up the two offers for Ryder (31-5, 17 KOs), and will make a decision soon which direction to go in.

There’s more to gain for Ryder by fighting Zach Parker (21-0, 16 KOs) for the interim WBO super middleweight title than a battle against Berlanga (20-0, 16 KOs), which would just be a simple fight.

If Ryder can beat Parker, he’d be the interim WBO 168-lb champion, and that would put him in the pole position to challenge Canelo Alvarez for his undisputed super middleweight title.

With that said, the Parker fight would be a really hard one for Ryder compared to the badly flawed Berlanga, and it’s unclear if it would be a winnable one.

It only makes sense for Ryder to take the fight with the 28-year-old Parker if he believes he can win. Otherwise, Ryder would be better off fighting Berlanga because he’s a flawed fighter, who has looked terrible in recent fights against Steve Rolls, Roamer Alexis Angulo, and Marcelo Esteban Coceres.

“Going back to the Queensbury conversations. Since we’ve had those conversations, we’ve talked about Buatsi-Yard. They’ve made us an offer for John Ryder to fight [Zach] Parker because he’s now in line after [Demetrius] Andrade pulled out,” said Eddie Hearn to Pro Boxing Fans.

“At the same time, we’ve had conversations and interest from Edgar Berlanga. So basically, Ryder’s going to fight Zach Parker or Edgar Berlanga, and we’re weighing up both offers, and we’ll make a decision in due course.

“Ryder-Berlaga will be on ESPN, and Ryder-Parker will be on BT,” said Hearn.

Ryder is coming off a 12 round split decision win over Daniel Jacobs last February. That was an interesting come-from-behind victory for Ryder, and he looked good in defeating what once was a good middleweight in Jacobs.

Hearn is obviously in the process of vetting Zach Parker to see if he’s beatable for Ryder. If so, he’ll take that fight for Ryder because the pay off would be huge with life-changing money for ‘The Gorilla’ against Canelo Alvarez in 2023 or 2024. 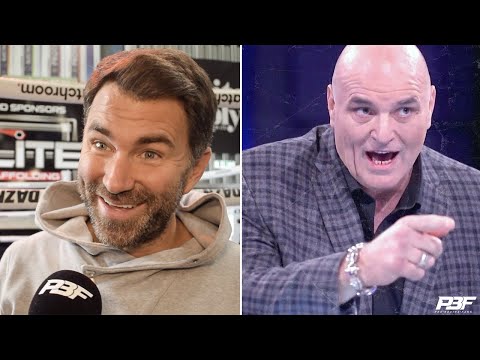