By Craig Page: Eddie Hearn says he’s planning the next fight for Dillian Whyte on November 26th at the Wembley Arena in London.

Whyte is being groomed by Hearn as an opponent for Anthony Joshua next year in a stadium fight.

Given the money that can be made from a Joshua-Whyte II rematch, Hearn likely won’t take the risk of matching Whyte against someone that can beat him like Otto Wallin. That would be a bad match-up for Whyte, and Hearn has got to know that.

Whyte looked awful against Tyson Fury, and he looks beyond shot at this stage in his career. Whatever level that Whyte once operated on during his best years, he looks nothing like that now.

“Similar to the type of opponents he was going to fight before,” said Eddie Hearn to Boxing Social about Dillian Whyte’s November 26th fight.

“[Otto Wallin], Jermaine Franklin, Demsey McKean, Chris Arreola. Those kinds of levels. I think he has to come back in a real fight. He teamed up with Buddy McGirt now.

“We’ll be working to try and get Dillian’s fight up and running in the next few days,” said Hearn.

Whyte is arguably operating at the level of a Derek Chisora at this stage of his eleven-year professional career.

Hearn says he wants the 35-year-old Whyte (28-3, 19 KOs) to come back for a “real fight,” and he’s looking at Chris Arreola, Demsey McKean, Jermaine Franklin, and Otto Wallin as options for his November 26th fight.

The 40-year-old Arreola can’t be viewed as a legitimate option, nor can Jermaine Franklin (21-0, 14 KOs. Those are both low-hanging fruit and must be viewed as gimmes for Whyte.

Of course, as bad as Whyte looked in his sixth round knockout loss to WBC heavyweight champion Tyson Fury last April at the Wembley Stadium, it might be too risky for Hearn to put him in against Otto Wallin or even Demsey McKean.

Whyte has been knocked out in two out of his last three fights by Fury and 40-year-old Alexandr Povetkin. However, Whyte avenged his loss to Povetkin, but only after the Russian fighter came off a bad COVID-19 illness and looked physically in bad shape for the rematch. 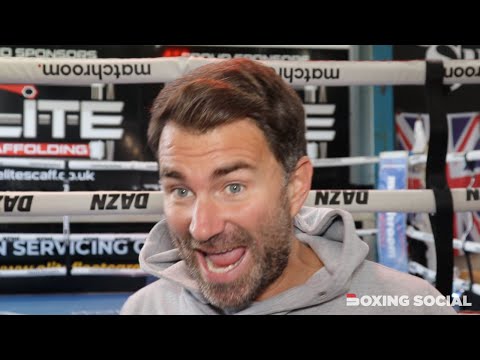