These days, both of my parents have long given up attempting to keep track of my precise whereabouts, while my friends have asked me to document my adventures in a novel so they may catch up at their leisure that way.

In general, I try keep my eyes firmly fixed on the horizon rather than losing myself in the tangled wake I’ve created. Occasionally, however, it is worth looking back and taking the time to appreciate all of the wild leaps life has taken and, during the festive period, it always seems like an apt time for stock-taking.

Zooming out on the year to appreciate its ups and downs in all their glory can be a useful tool as long as you always remember to value the invisible gains made and leave the comparison game aside.

Whenever I have had depressive episodes, it has always been an awareness of life’s unpredictability that kept me going. Depression makes everything seem hopelessly, irreversibly, unbearably awful no matter what the reality is, but what usually helps me is asking myself how I could possibly imagine exactly what is going to happen next. It might just be something very good. Something not worth missing. At the end of the day, it’s curiosity that keeps this particular cat alive.

Our own perspectives also change with time and experience, allowing for greater understanding of our previous selves and, consequentially, the wisdom to make better future decisions. For example, when I look back at my greatest athletics achievement to date, the bronze medal that I won at the European Indoor Championships in Torùn in 2021, I am still incredibly proud of it, but I would not pursue the same path that led me to it again.

In retrospect, it’s blindingly obvious to me how unhealthy I was mentally at the time and I can see that I won the medal because athletics was the only thing I had left that I felt vaguely in control of. Negative energy can be a very powerful tool ­– and when it is present sometimes the best thing to do is acknowledge and make good use of it – but it is an extremely unsustainable source. It’s like burning a fossil fuel; sooner or later it will run out, and it will also leave a dirty great scar behind it.

Now that I am almost two years the wiser, and looking back at the material results of 2022, I’ll happily admit that they were nothing to write home about, but I wouldn’t swap the choices that I made that led to them.

Some people gently ask if I’m “still” running as if the trail of unremarkable results means that I’ve given up trying, or perhaps the outward semblance of the dolce vita since I moved to Italy makes it seem as though I’m on perpetual holiday.

There were plenty of days in which I, too, questioned whether the decisions I had made were the right ones to lead me to the Paris Olympics of 2024. These kind of things are a gamble at the best of times, and often, the best thing to do is to stop wondering where the grass is greenest and start believing in (and walking) the path in front of you.

Thankfully one of the best things that I did for myself this year was to begin working with a psychologist. I chose carefully, finding somebody I felt comfortable talking to, with a background in elite sports performance and also a first-person understanding of expat life.

At first, the hour-long zoom calls used to knock me out emotionally. I found it difficult to juggle tiring training sessions with the mental fatigue of processing the psychological work we were doing. I didn’t see results immediately and, in fact, things often felt worse rather than better to begin with.

Twelve months down the line, however, and I am a changed woman. It took work to learn to believe in myself and in what I was doing with the confidence required to compete at the top, but I finally found that towards the end of the summer. 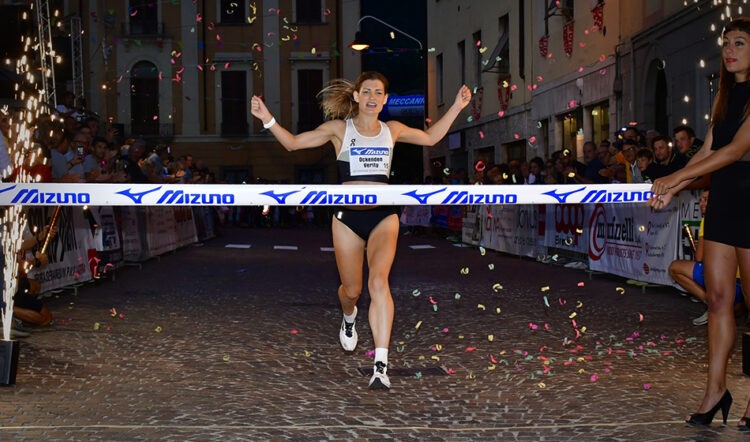 Both my spring build-up and my outdoor track season had been plagued with injuries, but once I got healthy and started racing some relatively insignificant road races, I began to realise the effects of the psychological work we had been putting in behind the scenes.

I might not have made any outwardly visible gains this year in terms of times and medals, but the invisible gains made mentally were huge. I had rediscovered the childish instinct of racing that brought with it a refreshed desire to win and enough self-esteem to believe that I could.

One race in particular proved all this; I won, but even better than that, I won by racing with an aggressive tenacity I hadn’t experienced in years.

While it might have been a relatively fruitless year for me in terms of tangible achievement, I’m finishing it confident that the seeds sown will come right with just a little more time and patience. The disruptive months of moving, settling and planting roots have passed and already I am happier. Bring on 2023.