Emile Cairess, Jess Warner-Judd and Charles Hicks are part of 40-strong squad picked for the European Champs in Turin on December 11

The big question ahead of the GB team selection for the European Cross Country Championships in Turin was whether Charles Hicks would defend his under-23 title or step up to the senior race. This was answered on Tuesday when British Athletics named him in the under-23 team for the big event on December 11.

Hicks won the under-23 title in Dublin 12 months ago and earlier this month stormed to victory in the NCAA Cross Country Championships in Oklahoma. The 21-year-old has decided to defend his age-group crown in Turin, though, rather than step into a stacked senior men’s line-up that includes reigning champion Jakob Ingebrigtsen of Norway, Mohamed Katir of Spain among others.

Emile Cairess will instead lead the British challenge in the senior men’s race. The Yorkshireman looked in supreme form when storming to victory in the British trials at a muddy Sefton Park on Saturday. He is equally comfortable on the track and roads, though, so if the course in Turin is firm then he should obliterate the modest 60th position he achieved at his last Euro Cross in Lisbon in 2019.

The 24-year-old is also now coached by Italian distance running guru Renato Canova and he hopes the early winter cross-country campaign will act as a perfect springboard for a marathon debut in the spring.

Joining Cairess are trials runner-up and triathlon specialist Hugo Milner, plus world indoor medallist Marc Scott. Look for the latter to improve in Turin as he admitted post-race that the muddy course was a shock to the system after a heavy block of training.

Hicks, meanwhile, will be joined in the under-23 team by fellow NCAA competitor Rory Leonard, who finished 32nd in Oklahoma this month.

Jess Warner-Judd also looked terrific in Liverpool and she leads the British women’s team in Turin. She will be joined there by fellow team gold medallists from 2021 – Abbie Donnelly and Jess Gibbon – whereas trials runner-up Megan Keith runs the under-23 event in Turin after claiming under-20 gold in Dublin 12 months ago.

Will Barnicoat led the British under-20 men’s team to gold last year and after winning the trials in comprehensive style he will again lead the junior squad in Turin.

It will be fascinating as well to see how the prodigious Innes Fitzgerald fares in Turin. She is only 16 years old and has been training seriously for less than a year under the guidance of Gavin Pavey, but she beaten her domestic rivals with ease in recent months and stormed to victory in the trials in Liverpool. 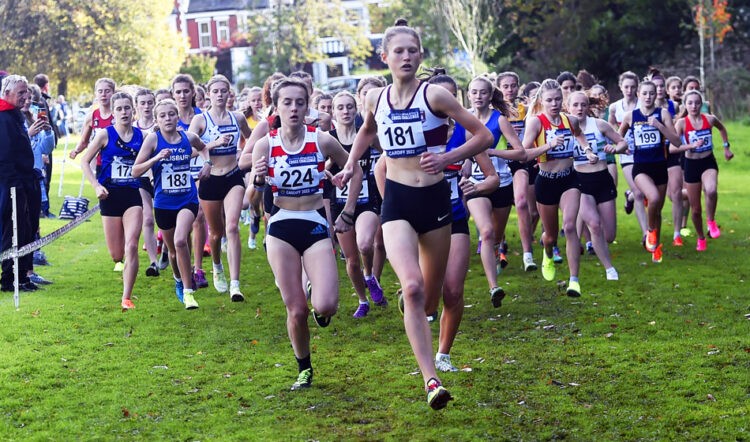 Britain topped the medals table 12 months ago and one of their medals came from the mixed relay team. Once again they will be tough to beat, too, with Olympic 1500m runner Revee Walcott-Nolan back in form after an injury-hit summer to lead the team.

The course in Italy is twisty and undulating and at one point runners pass through a building – ‘Cinque Mulini-style’ – but athletes will have to wait until race week to see how wet or dry the course becomes.

Whereas a number of British athletes are making their debut, the team management is not short of experience. Among the various coaches are two-time European cross-country champion Hayley Yelling plus sister-in-law and Olympic marathon Liz Yelling.

Eamonn Martin, the last British man to win the London Marathon and former UK 10,000m record-holder, is in charge of the senior men’s team whereas Steve Vernon, the former English National champion and European and world cross-country competitor, is head of delegation.