By Chris Williams: Roy Jones Jr says Terence Crawford is the better fighter than Errol Spence Jr early, but he could struggle if the contest goes into the second half.

Jones Jr feels that with Spence (28-0, 22 KOs) being a pressure fighter, he’s going to be at his best against the 35-year-old Crawford in the second half of the contest.

If Crawford (38-0, 29 KOs) hasn’t cut up or hurt Spence in the early going, he’s going to be in a world of hurt in the second part of the fight.

Unfortunately for Crawford, he’s not a huge knockout puncher, and he’s never faced an elite-level welterweight during his career. At 35, Crawford is long in the tooth to be fighting his first quality 147-pounder, and he could fall apart against Spence.

Additionally, Crawford will be coming off a long layoff of a year, possibly more by the time the fight with Spence takes place, and that’s not good when you’re in your mid-30s.

“That’s a fight everyone wants to see. Crawford, I’ve seen more because of HBO, and he’s adaptable,” said Roy Jones Jr to Fighthype about the Spence vs. Crawford fight.

“Spence, I haven’t seen as much of, but I know he’s a pressure fighter. If you put the two together, Crawford is the better fighter early, and Spence is a good fighter late.”

It isn’t good for Crawford if Spence takes over the fight with his pressure and body punching in the second half of the contest.

We saw how Spence wore down Yordenis Ugas last April with his body punches en route to stopping him in the tenth round. Ugas is every bit as tough as Crawford, if not more, and Spence took him out with his heavy shots.

“So, it all depends on how much damage Crawford can do early and how the fight turns out,” said Jones. “If he can cut Spence up and get him disoriented early, he’ll win the fight easy. If he doesn’t, Spence can make it interesting because he’s a hell of a pressure fighter,” said Jones Jr.

“If that fight happens, it’s going to be a wonderful fight,” said Toney when speaking to Fight Hub TV.

“But you know what? Errol Spence can’t beat Terence Crawford. It ain’t happening. Terence Crawford right now, in my mind, is the best pound-for-pound fighter in the world.” 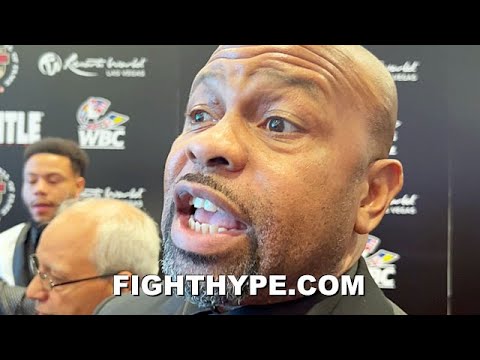