By Brian Webber: Former two-division world champion Naoya ‘Monster’ Inoue plans on moving up to 122 to take on super bantamweight champions Stephen Fulton and Murodjon Akhmadaliev after he finishes collecting the final belt at 118 against WBO champion Paul Butler on December 13th.

You can’t blame IBF, WBA & WBC bantamweight champion Inoue (23-0, 20 KOs) for looking past Butler (32-2, 15 KOs) because this is a cakewalk on paper. Compared to some of the fights that Inoue has had recently, the 33-year-old Butler will be easy.

WBC/WBO super bantamweight champion Fulton (21-0, 8 KOs) doesn’t possess the power or the hand speed of the superstar Inoue, but he has a size advantage and a lot of boxing skills to go along with that.

If Inoue cannot overcome Fulton’s size advantage, he could taste defeat for the first time in his ten-year professional career. In moving in weight four pounds, we don’t know how Inoue will respond because it’s a different weight class and a talented fighter.

Inoue is coming off a second round knockout win over 40-year-old Nonito Donaire last June in Saitama, Japan. That fight was supposed to have been a competitive match-up, given their previous fight in 2019, but Donaire had aged too much for him to have had a chance.

“If we fight, it will be a great technical battle,” said Naoya Inoue to Ring Magazine about a fight between him and Stephen Fulton.

“It won’t be an easy fight. Fulton has a long reach, and it’s about how [well I close the] distance. I also feel if I move up to 122 lbs, my power will increase, and I can hit harder.”

Inoue might not be any more powerful than he is now when he moves up to 122, and if he loses some of his hand speed, Fulton will be able to get out of the way of his big shots

Without Inoue’s power, he’s beatable, and Fulton might be the one to do the job.

“At 122 pounds, I can move more, and I think I can demonstrate my strength more,” said Inoue. “I don’t know how much damage I can do to opponents who should be naturally bigger. It will be an unknown world,” said Inoue. 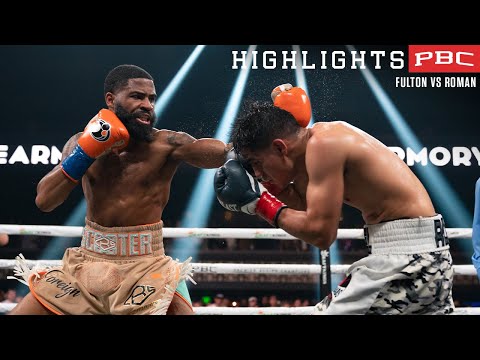