By Barry Holbrook: Joe Joyce is mildly interested in fighting Dillian Whyte. Joyce (15-0, 14 KOs) says he views Whyte as being similar style-wise to Derek Chisora, and he sees a fight between them as being a “car crash.”

With that being said, Joyce says he wants to for a world title, and there wouldn’t be any belts on the line if he fought the recently knocked out Whyte.

It would arguably be a step backward for Joyce from his last fight against Joseph Parker because Whyte would be more of a tune-up level match rather than one that would advance the career of the ‘Juggernaut.

Matchroom Boxing promoter Eddie Hearn is interested in using Whyte as an opponent for Anthony Joshua in 2023, and it’s unlikely he would want to see Dillian get bludgeoned into submission by Joyce. That would ruin Hearn’s plans of using Whyte as a tune-up for Joshua.

“He’s a good fighter. I had some good rounds with him back then, but he’s a tough fighter, and it would be an exciting fight,” said Joe Joyce to Behind The Gloves when asked about his thoughts on Dillian Whyte.

“Let’s see what happens because I want to fight for titles and be in big fights. That’s an interesting fight. He’s quite similar to Chisora style-wise. It would definitely be a war.

“He’s been unlucky really because he’s been mandatory for a long time. He’s been behind Joshua. He’s not really had his shot until he had it against Fury. He came out wrong at southpaw.

“It’s disappointing that he couldn’t have spoken more and built his name off the back of that. I’d like to fight him. He’s a good fighter. He’s stocky, hits hard, and goes to the body. His left hook is dangerous, and he can take a good shot. Yeah, he’d be a car crash waiting to happen.

“Wilder with no hesitation,” said Joyce when asked if there’s anyone in the division that would be a big test for his chin. “Wilder has phenomenal power, and he’s improving under Malik Scott. It would be a risky fight. He’s also very fast.

“This is the danger end of the heavyweight division where I’m fighting these good guys with different attributes that I find challenging. There’s a way of overcoming them, and I’m confident in my team and my ability to get to the top of the division.

“Yeah, I believe I’ve made it. It’s official with my performance against Parker. It was a great knockout, and I’m very happy with that.

“I’d say Fury, but then if he’s fighting Fury. I want to see who the best name in front of me because I want to be in great fights,” said Joyce when asked who he wants to fight if he can’t get Oleksandr Usyk. 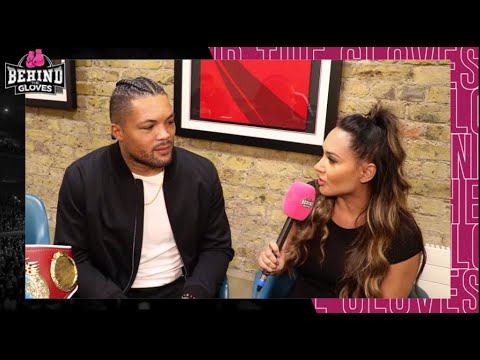