After running 1:45.66 for 800m in the 1980s the Scottish runner is now breaking M65 masters records thanks to smart training and thorough planning

One of Britain’s best 800m runners from the 1980s is now using his years of experience to get the most out of his talented yet ageing body.

In his heyday, Paul Forbes ran 1:45.66 for 800m and represented Scotland at the Commonwealth Games three times. He came within a whisker of beating Steve Ovett on a couple of occasions and excelled at everything from 400m to the steeplechase.

“You needed to run really fast just to make a British team,” he adds. “There was a plethora of people who ran very well but it was Coe and Ovett who really set the bar. When Coe ran 1:42 the whole world took a big leap forward. I remember looking at his time thinking ‘I’m only running 1:47 and I can surely run quicker than this’. After that 1:44-45 pretty much became the norm.”

After retiring from the track he didn’t run for several years and his 9st 3lb racing weight ballooned to more than 12 stone. “I was fat and lazy,” he admits.

But now, aged 66, he is back in shape and this year won world and European titles, as well as breaking records from 800m to the mile in the M65 age group. At the World Championships in Tampere, for example, he stormed to victory in 2:14.67.

So how does he do it and what are his secrets?

“Proper planning is vital,” Forbes insists. “Any plan is better than no plan.”

He adds: “You have to get an aerobic base in and do your speedwork, but how does it all fit in? It has to be balanced. I look at the training some runners do and there’s no continuity in what they do. There has to be a common thread that runs through the programme.”

Does he believe he is a ‘better’ runner now than he was in the 1980s? “Well some of my times now are world records, as simple as that,” he says. “They’re quicker than anyone my age has ever run and I think I can run quicker too.”

He continues: “Back in the day I don’t think I had an inbuilt confidence in what I did. I also just took running 1:45 in my stride and didn’t think it was that great at the time. I looked at others and thought ‘it’s okay but he can run 1:44 and he can do 1:42’.”

Be realistic with your goals

“Be realistic,” he stresses. “What can you do? What do you need to do? I looked at the world (masters) record time and started there and worked backwards to work out how I was going to do it.

“The process is going to be a slow one too. Injuries might knock you back. You need to be patient. If you don’t have a plan you’re going nowhere. If you’re not realistic and you fall short you’ll be disappointed and you might chuck it in.”

“Patience when it comes to recovering from injuries is important,” he advises. “With a lot of people coming back into the sport it’s often calf injuries. They are absolutely brutal and take a long time to go away.

“Recognising what the injury is, getting it diagnosed properly and then taking your time to come back slowly is important,” adds Forbes, who favours regular massage over physiotherapy.

“Time is a healer but you have to take your time. Most people try to come back too quickly. I’ve made the mistake myself. With injuries you’re always coming away from one or moving toward one.” 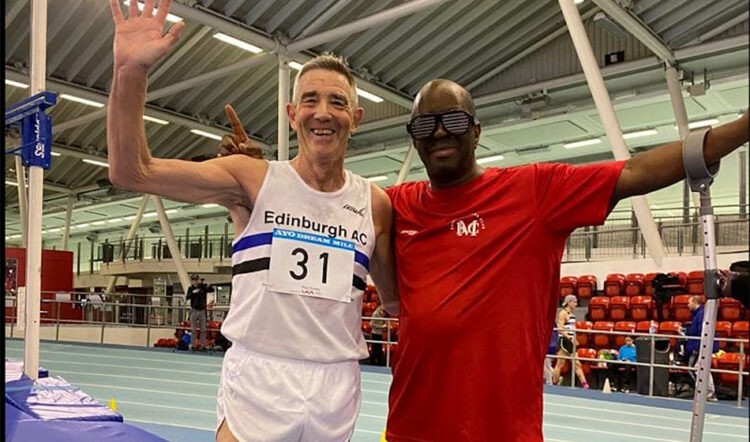 Don’t lose your enthusiasm for the sport

“It’s my passion,” says Forbes, who lives just outside Edinburgh and works part-time providing health and social care for elderly and infirm people. “Tommy Boyle (the coach) once told me ‘you’re always so passionate!’ This (masters career) is a second chance for me.”

When Forbes spoke to AW during the early part of the winter he was doing 10x300m with 1min recovery on the track once a week. “My idea is to get them at 73sec pace for 400m and my plan is that will be my 1500m race pace,” he explains. “You have to get on to a plateau, consolidate the work and then move on to a higher one.”

This means Forbes would initially be running his 300m reps in 58 seconds but will progress to doing them in 53 seconds. Then, during the indoor season, he hopes to run 8x300m with 2min recovery with the reps in the 48sec range.

The world M65 record for 1500m is 4:39.87, so much of his training is geared around getting his body used to running at that pace or slightly quicker.

Forbes also uses parkrun to do tempo running sessions, but most of his steady running is at a modest 8min/mile pace.

“I don’t run hard on steady runs,” he explains. “My aim is always to be ready for the next track session with my legs not being sore. Doing the good track work is more important to putting a lot of miles in and in order to do that I need to be fresh for the track sessions.”

Static stretching and lots of strides

“I see people bouncing around now or lunging and I can’t do that. My routine is pretty much the same as it was back in the day. I stick to what I know. The main thing that’s changed now is doing back-to-back 100m or 60m strides (as a warm up) to get my heart rate as high as possible but staying within the cusp of going into lactic.

“I suggest people work this into their training but people are often too reluctant to do it as they think they’ll be too tired (for the session or race). But they won’t be tired. They will be absolutely flying.”

“I do circuit training in the house but not much more,” he says. “My plan this year was to do more strength and conditioning but I’ll wait until we’re in the middle of the winter when I’ll be indoors more anyway.

“I’ve never done it before but I have a couple of people to help me out. You have to get your technique right otherwise you’re going to injure yourself. There’s a place to all of these things and again it goes back to planning and where it fits in.”

Does Forbes do any cross-training? “Nope,” he replies. “That’s my simple answer!” 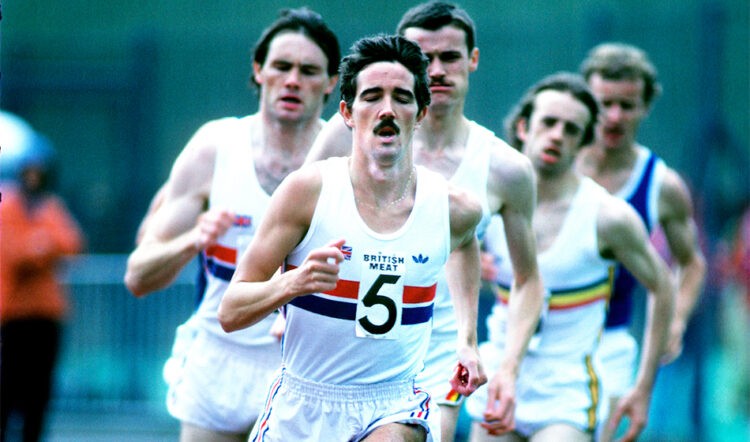 Learn from your mistakes

Forbes believes he over-trained during his early years in the sport. “When I look at my old training diary I am horrified when I see the amount of work that was going on. We were off the scale with the number of sessions and sheer intensity of them. We weren’t recovered properly at the time. I was only taking one day off the day before a race which wasn’t enough.”

“For someone who wants to come into the sport at 60, just take your time, enjoy it and soak up as much information as possible from other athletes. There are no secrets really. Not at this age!”