David Weir: “The London Marathon is bigger than the Paralympics” Eight-time TCS London Marathon winner on the magnitude of this weekend’s event, plus he isn’t thinking of retiring just yet

David Weir is in the limelight of his career but is still making history.

Now aged 43, the “WeirWolf” is competing in an astonishing 23rd consecutive TCS London Marathon, two decades since Weir triumphed over 26.2 miles on the streets of London for the first time.

He has won the race a record-breaking eight times – no able-bodied or para-athlete has won it on more occasions – and he isn’t planning to stop now.

This year will be slightly different to those previous times Weir competed and marks a sea change to his first appearance in London, at the start of the century.

The reason being is that this year’s TCS London Marathon will stage the richest wheelchair race in history.

“When I won my first London Marathon [in 2002] I thought I’d get a phone call to say you’d be signed up for this and this but I got nothing,” Weir says. “It made me feel worthless that I’d won the biggest marathon on the planet and that was it. I accepted it for a while but it’s changed so much and now it’s elite and professional.

“We don’t get big sponsors and million pound deals from Nike, Adidas or New Balance. The prize money is literally what we earn off. We’re on the world stage and I still think we’re an afterthought when it comes to sponsorship.”

Weir, who has also won 10 Paralympic medals – six of them gold– between 2004 and 2012, believes that the event that first saw him fall in love with racing – he also competed in the mini marathon – is bigger than the Paralympics.

Since 1983, wheelchair athletes have had the same opportunity as able-bodied athletes to race in elite races in London.

“My name started in the TCS London Marathon and it didn’t start at the Paralympics. Do you know what, I think if Tokyo had crowds it would’ve been amazing with all the publicity but Covid-19 hit us hard for that kind of stuff. We needed that as some of the guys would only do that kind of an event every four years and it’s not fair.

“We get to race at the big marathons and I definitely believe the circuit is bigger than the Paralympics. There is still a gap between the Olympic and Paralympics but the marathons are getting so much closer.

“I do think the other marathons need to up their game with the prize money though. It’s nowhere near to what we’ve got in London now. I don’t want people to think I’m moaning but I’m just trying to push for the next generation.”

It’s astonishing to think that Weir is 43 and still competing at the highest level in the sport.

He recently won the Big Half in a course record of 47:18 and would’ve likely won the Commonwealth Games marathon if it wasn’t for a puncture in one of his wheels.

The line-up at this year’s TCS London Marathon will continue to motivate him as it contains six-time Paralympic champion and three-time winner of the event Marcel Hug, 2019 champion Daniel Romanchuk and Commonwealth marathon champion Johnboy Smith. 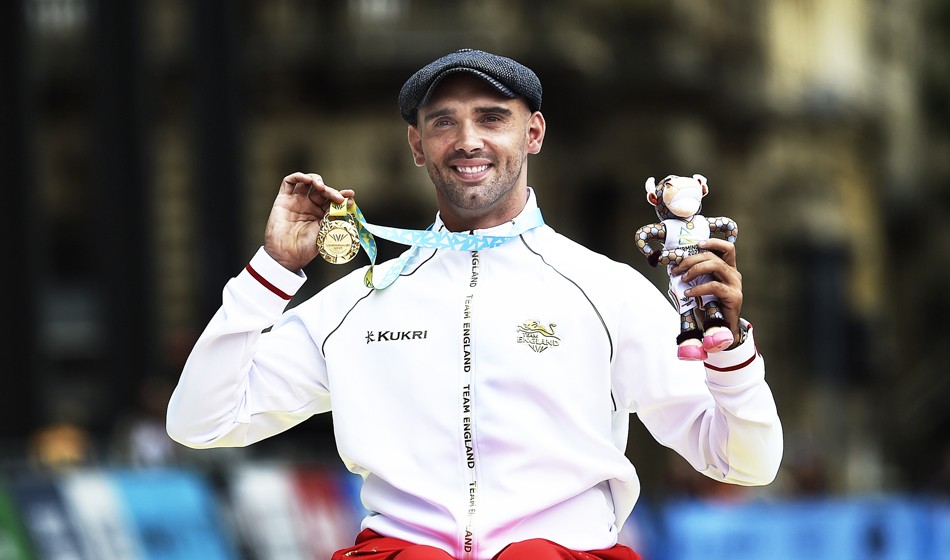 Since the heartbreaking issue in Birmingham back in July, Weir states his training has “gone up another level” and unless he loses motivation in training or competitiveness, retirement isn’t on the cards.

“I didn’t think I’d do that many London Marathons in all honesty. I think my first aim was to get to 10. Then you get eight wins and it turns into a habit. It’s been part of all my life. It’s going to be hard when the finish is and that’s going to be scarier than doing your first one.

“It [retirement] will be tough. I’ve always said that if I’m not competitive and in the top three in the world majors then it’s time to pack it in. I doubt I could do all six now in one year. It just takes its toll.

“I don’t want to put a date on it [retirement]. I think a lot of athletes know when it’s time to call it a day and the thing is it’s difficult because I’m enjoying the training. It’s more for my mental health that I’m doing my training more than anything else. I’m just happy I’m still knocking on the door and competing with the best guys in the world.”