Hearts of Oak and Samuel Boadu have mutually parted ways after a poor start to the 2022/23 betPawa Ghana Premier League season.

At the conclusion of a meeting with Board Chairman Togbe Afede on Tuesday, the former Medeama gaffer to said to have agreed to mutually part ways with the Rainbow club.

Boadu is said to have agreed to a mutual termination and step aside from the club as they seek to bounce back to their best.

The coach’s backroom staff have also been informed of the season according to the club. 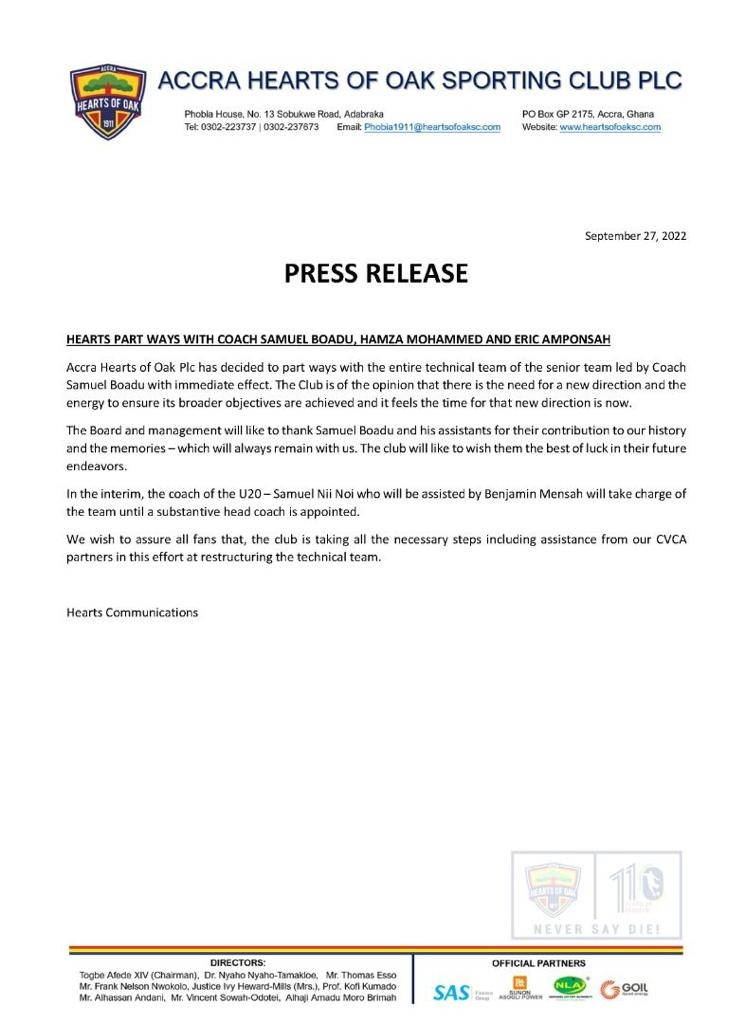 Hearts have lost once and recorded two draws in their opening three games of the new season, the latest being the 1-1 draw against Asante Kotoko at the Baba Yara Stadium on Sunday, September 25.

Boadu guided Hearts to their first league title two seasons ago. He also won back-to-back MTN FA Cups, Super Cup and the 2021 President’s Cup as the head coach of the club.