WBC to rule on Canelo vs. Benavidez fight By Dan Ambrose: WBC president Mauricio Sulaiman says his organization will be meeting at the next convention and will make a ruling about when undisputed super middleweight champion Canelo Alvarez will be defending his WBC title against his mandatory David Benavidez.

Last year, Canelo asked the WBC to allow him to fight in the higher weight divisions, which he recently did unsuccessfully against WBA light heavyweight champion Dmitry Bivol on May 7th.

Now, Canelo will be fighting Gennadiy Golovkin next on September 17th in a fight that few hardcore boxing fans are interested in seeing.

Fans prefer to see Canelo fight Benavidez (26-0, 23 KOs) or a rematch with Bivol (21-0, 10 KOs) rather than the depleted 40-year-old Golovkin, who appears to be on his last legs at this point in his long career.

It’s going to be interesting to see what the World Boxing Council decides for when Canelo must defend against Benavidez. Do they order Canelo to face Benavidez or give him a free pass for the remainder of 2022 and all of 2023?

It’ll be surprising if Canelo ever gets around to fighting Benavidez because he’s been arguably swerving him for ages now, and this isn’t a situation where he’s intentionally letting the match marinate.

“At the convention last year in Mexico City, Canelo requested to be able to do fights in the heavyweight divisions. That’s why we ordered an interim title for Benevidez against [David] Lemieux,” said WBC president Mauricio Sulaiman to Fight Hub TV when asked about Canelo Alvarez eventually defending against his WBC mandatory David Benavidez.

“Benavidez is going to be defending his [interim WBC 168-lb] title soon, and Canelo-GGG is in a couple of weeks. At the convention, we’re going to have a ruling about what is going to happen in that division.

“Benavidez is a very good undefeated champion, and we hard [Jermall] Charlo, who is another possibility. There are many fights that are viable to be made in that category.

“I don’t know who posted that,” said Sulaiman when told that he’d discontinued the WBC Franchise. “The Franchise has been very, very effective.

“It was good for Canelo at middleweight, and it was very good in the lightweight. It enhanced many fights, and Chocolatito-Estrada III is going to happen at the end of the year. So there’s only one at this time right now.

“Only [Juan Francisco] Estrad is using the designation, so it’s not a big deal. It’s to enhance the big fights,” said Sulaiman. 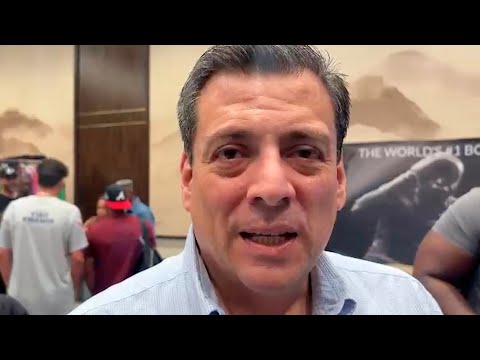