It’s unclear what attracted Fury to want to face #19 WBC Charr because he’s low-hanging fruit, and there’s no gain in Tyson taking that fight.

Fury would have been better off sticking it out with the Joshua fight and waiting for his promoters to finish working through the contract they were sent. When you get a fighter that has no patience like Fury, it limits you.

“It’ll be a good fight while it lasts, but I think people don’t want to see that. They want to see Fury in better fights against Usyk, Joshua, or me,” said Joe Joyce to Secondsout when asked about his thoughts on Tyson Fury fighting Manuel Charr on December 3rd.

“There are plenty of other fights out there, but I guess he [Fury] wants to stay active. He’s kind of like pushing the fights.

“I like Parker. I spoke to him today, and he’s in good spirits. He’s doing well. He’s going to go back to New Zealand and sit on the beach and eat some mangos, he says.

“He’s willing to spar me when I’m back training again. That’s good. The relationship is still there. There are no hard feelings. I like Parker, and I’m looking forward to seeing his next fight.

“I’m ready. I’ve had an express route to the top, and now I’m here. There are plenty more fights. It’s a really exciting division at the moment, and finish collecting more belts before I retire.

“Go on the beach and have some R & R, and chill out. Play some more games. I might do some more painting actually when I get back, and I’ll have more time before my next fight.

“I’m happy that people take me seriously from beating Parker. They recognize my talent and my skills. I’m not a finished article. There are still improvements that can be made.

“I look forward to getting back in training camp with Salas for my next challenge,” said Joyce. 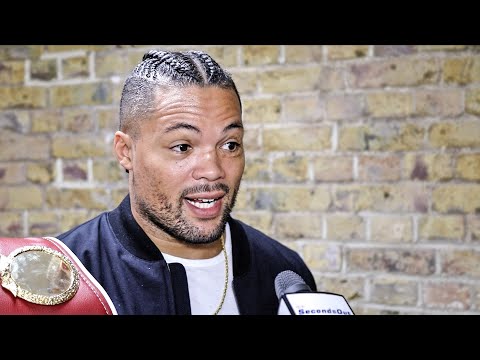