By Charles Brun: Joe Joyce has already proven that he’s ready for the likes of Tyson Fury with his knockout victories over Joseph Parker and Daniel Dubois.

The 90+ punches that Joyce threw in rounds 9, 10and 11 in his victory over Joseph Parker last Saturday night would be a total nightmare for Fury, who isn’t capable of throwing anywhere near that number.

Moreover, Fury’s punch resistance wouldn’t allow him to absorb 90+ punches per round from Joyce without him hitting the deck repeatedly, as we saw in his fights with Deontay Wilder.

Joyce has faced harder punchers than Fury with his wins over Dubois, Parker, and Carlos Takam. None of those guys could put a dent in Joyce’s chin, and he eventually got to all of them to knock them out.

Although Fury is three years younger than the 37-year-old Joyce, he looks considerably older. To look at the two, one would guess that Fury is at least five to six years older than Joyce.

What this means for Fury is that if he’s going to fight Joyce, he needs to do it soon because it will get a lot worse for him the longer he waits.

“He has an incredible Ferrari engine, and the guy is throwing 90-something punches at heavyweight in the 11th round, 10th round, ninth round,” said Barak Bess to DAZN Boxing Show about Joe Joyce.

“That’s special. That’s amazing, and he’s doing it with every single fighter.”

Joyce is like a bigger version of George Foreman, but with the ability to throw many more punches per round than he could. Foreman was a killer puncher during his prime, but he had severe stamina problems. He could never throw 90+ punches per round like Joyce.

“I feel like Fury has the stamina to box him; it seems like Joe Joyce chases you around the whole fight,” said Bess. “Can Fury and Wilder deal with that? I think they’re heavier punchers than anyone Joyce has fought. It would be crazy if he could take a Wilder or Fury shot.” 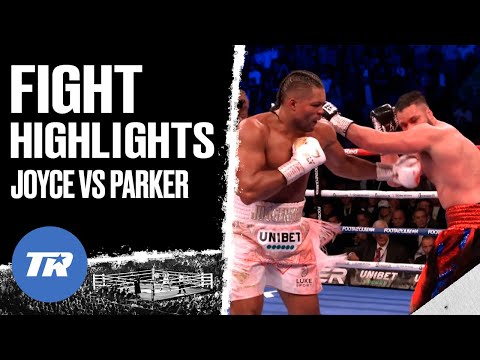