Young athletes on Saturday will receive £10 each for school equipment and maybe even a medal from Eliud Kipchoge as organisers hope to build entries to a whopping 50,000 by 2030

For years the Mini London Marathon has been one of the best-kept secrets in British sport. Taking place early in the morning on the main London Marathon race day, it is often overshadowed by the big event and receives minimal coverage in comparison to the elite athlete and charity-fundraising exploits of the runners tackling 26.2 miles.

This could change this weekend, though, as the race switches to Saturday (Oct 1). It means not only will the youngsters enjoy the spotlight to themselves 24 hours before the ‘main marathon’ takes place but they will receive their medals from Eliud Kipchoge, who will be in London this weekend as a Mini Marathon ambassador six days after breaking the world marathon record in Berlin.

Around 7000 young runners are set to take part on Saturday. Coincidentally this is the same number of people who registered to run the first-ever London Marathon in 1981.

London Marathon race director Hugh Brasher believes the main London Marathon can accommodate 50,000 runners in 2023 or 2024 and his ambitious goal is for the Mini London Marathon to feature the same number of entries in eight years’ time when London celebrates its 50th anniversary.

Saturday’s races will feature the usual battle between nationwide regional teams and teams from London Boroughs but there will also be a mass participation element with distances ranging from one mile to 2.6km with races ending on The Mall. In addition, thousands more are completing a virtual Mini London Marathon at schools around the UK.

Brasher believes it is also the only running event in the world where every child is paid to participate, as each entrant will receive £10 paid to their school to spend on sports or computer equipment courtesy of the sponsor Tata Consultancy Services (TCS).

If plans to increase participation numbers to 50,000 by 2030 come off, it means schools in the UK could benefit from £500,000. As part of its renewed deal with London Marathon, BBC says it will cover the event as well.

Train strikes on Saturday are threatening to spoil the fun but both Mini Marathoners and runners trying to get to London for Sunday’s main race. But Brasher says most regional teams will travel to the venue by coach, whereas athletes representing London Boroughs are in the capital anyway and will be able to get the Tube or DLR. 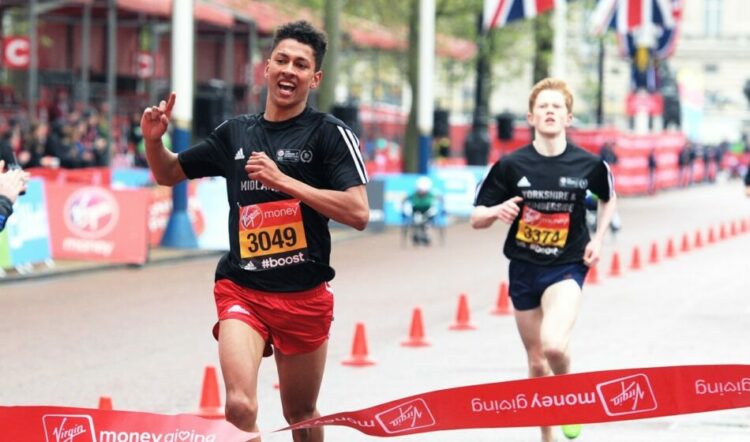 Last year’s winners included Jess Bailey and the Irish middle-distance prodigy Nick Griggs. But participants over the years read like a who’s who of British endurance sport with Mo Farah having raced in it several times, plus wheelchair racers David Weir and Shelly Woods, triathletes Alistair and Jonny Brownlee, Alex Yee and Non Stanford, together with current track stars like Laura Muir, Eilish McColgan, Keely Hodgkinson and Josh Kerr.

Even one of the England football Lionesses who is starting Sunday’s event, Jill Scott, is a former winner of the Mini London Marathon back in 2001.

“We have incredible heritage in this event,” says Brasher. “We now believe it is singularly the most important thing since my father and John Disley started the event in 1981.” 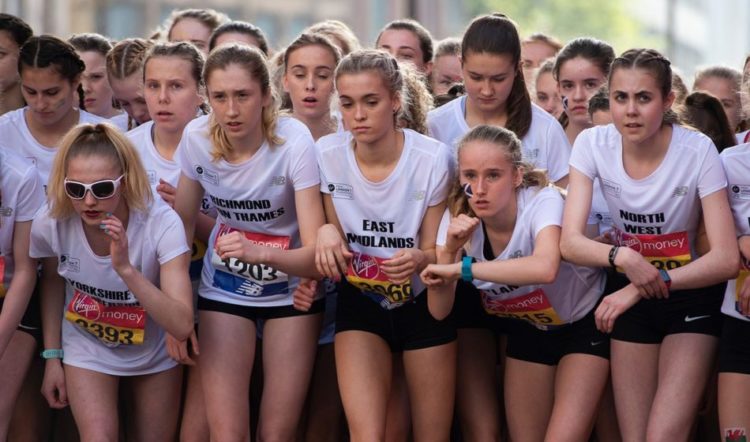 Brasher added: “Our children are in crisis, with shocking statistics showing falling activity levels, increasing childhood obesity and mental health issues. We all know how getting active can improve physical and mental health and London Marathon Events is working with a range of partners to inspire children across the UK to get more active.”