By Charles Brun:  Tyson Fury beat the WBC’s deadline of Friday, August 26th, by letting his promoters know to tell the sanctioning body that he’s not retiring and will be resuming his career.

The next move for Fury and his team is to try and negotiate an undisputed clash with unified heavyweight champion Oleksandr Usyk next. Usyk (20-0, 13 KOs) wants the fight with Fury (32-0-1, 23 KOs), but there are major question marks about whether the match can be put together.

Fury has dreams of making a killing in terms of the payday for the Usyk fight, and it’s unclear whether the promoters will be willing to take the huge risk of paying Tyson the huge amount of dough that he’s requesting.

Unless one of the Middle East countries step forward and volunteer to pay a huge site fee to host the Fury vs. Usyk fight, it’s gping to be a difficult one to put together.

“Tyson Fury has instructed his promoters to inform the WBC that he intends to continue fighting,” per Sky Sports. “The WBC heavyweight champion had floated the prospect of retiring and the WBC had given him until Friday August 26 to confirm whether or not he would retain its belt.”

Few fans believed that Fury was ever going to retire, as they’ve gotten accustomed to his game playing and trolling the public.

Rather than coming up with meaninful things to say to the public, Fury constantly pulls their chain with nonsense about retirement and fake fights against opponents that have no right to be facing him.

Interestingly, WBC president Mauricio Sulaiman had recently given Fury an extention of September 2 because of his cousin’s recent death. However, the extension won’t be needed in this case.

“Both fighters want it,” said Fury’s co-promoter Frank Warren. “I’m confident we can make it happen and crown Tyson Fury as the undisputed heavyweight champion of the world. It will be the biggest heavyweight fight in my time in boxing.”

It’s doubtfult aht Fury vs. Usyk will put up the same numbers as Tyson’s three fights with Deontay Wilder.

Although Usyk has loads of talent, he’s not well known to the casual boxing fans in the U.S and UK. His inability to speak English also will hamper things because a translater will need to be used for all Usyk’s interviews. 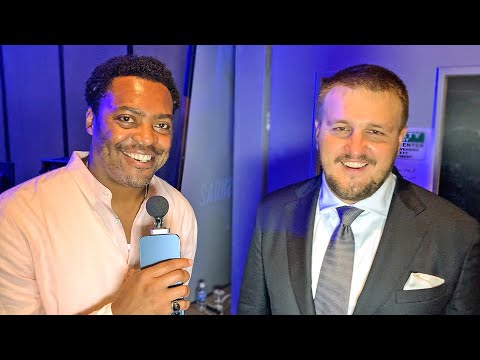