By Sam Volz: Eddie Hearn says he’ll be matching Anthony Joshua against a “top 15 guy” in December when he returns to the ring looking to get back to his winning ways after a loss to Oleksandr Usyk.

“Hearn says he wants to get former unified heavyweight champion Joshua (24-3, 22 KOs) winning again, and then his next plan is for him to fight four times in 2023 against the likes of Dillian Whyte and Deontay Wilder.

After Joshua’s second consecutive loss to Oleksandr Usyk, it’s important to match him against a lesser foe to help him mentally come back from the defeat, especially given the way he melted down post-fight after the loss.

Hearn didn’t give any hint about who Joshua will fight in December, but it’s fair to say that it’ll be a fringe contender ranked near the bottom of the top 15.

There’s no way of knowing how low Hearn will be looking to go to select Joshua’s opponent, but one of these guys would be an excellent option:

“Honestly, it may be the biggest fight in the division still,” said Eddie Hearn to the DAZN Boxing Show about a fight between Anthony Joshua and Deontay Wilder.

“Fury-Usyk is a huge fight, obviously, but in terms of excitement, AJ vs. Wilder is right up there, as is AJ against Dillian Whyte.

“The next step for AJ, in my opinion, is to box in December or January or whenever that’s going to be and come back with a top 15 guy and put in a dominating performance.

“Get back on the winning saddle and then move with activity. I want him to have four fights between now and 2023. I see the Dillian Whyte fight as a must-make fight for Anthony Joshua for the British public.

“I see Deontay Wilder as a must-make fight, and I also see him fighting Tyson Fury because he’s still a monumental fight for British fight fans.

“We’ll see how that plays out, but the only problem with Deontay Wilder. I had an offer for Deontay Wilder recently. We’re talking about the Middle East.

“I reached out to his team and said, ‘Look, I have something really to discuss because this is a huge offer, and I never even heard back.’ It baffles me. I don’t even know if he was told about that email.

“It was a potential fight [between Wilder] and could have been Dillian Whyte. That’s a fight that we wanted to make for early 2023. But maybe Deontay Wilder doesn’t want to deal with us, and that’s fine.

“As long as he’s aware of what he’s turning down, I respect that. We don’t know, but the money there to fight Dillian Whyte. The money there for him to fight AJ. They’re the two biggest fights for him in the sport.

“Hopefully, we can open those discussions. Listen, he may lose to Helenius. Helenius is not bad. I know Chisora beat him, really. Dillian Whyte beat him, but he’s on a decent run. Wilder, we don’t know how his confidence has been affected, and let’s see. It’s a good fight,” said Hearn. 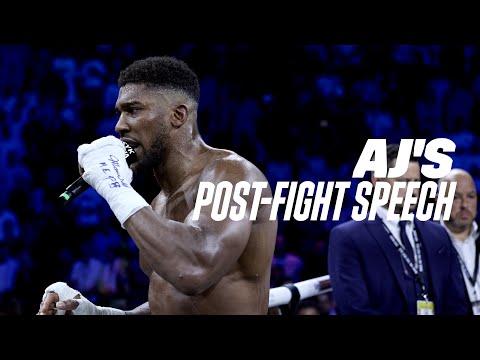