Naoya Inoue vs. Paul Butler to fight on Dec.13th in Japan By Robert Segal: Naoya ‘Monster’ Inoue and Paul Butler have agreed to terms for an undisputed clash at bantamweight on December 13th in Japan.

The Inoue vs. Butler fight will likely be shown on ESPN+ in the U.S,” according to Mike Coppinger.

WBO bantamweight champion Butler (32-2, 15 KOs) figures to be a huge underdog against the big-punching Inoue (23-0, 20 KOs), who looks unbeatable at this point in his career.

The winner of the Inoue-Butler fight will be the first undisputed champion at bantamweight in close to 50 years.

For IBF/WBA/WBC 118-lb champion Inoue, he needs this belt to finish his collection of titles at bantamweight.

With a win, Inoue will possess all four titles in the 118-lb weight class and then decide whether to move up to 122 to attempt to collect all the belts in that division or stay at bantamweight and defend the four straps.

Inoue, 29, is coming off a second round knockout of Nonito Donaire in their rematch last June in Saitama, Japan. Donaire had given Inoue huge problems in their first fight in November 2019, losing a grueling 12 round unanimous decision in a fight that saw both fighters hurt.

Naoya Inoue and Paul Butler have agreed to terms for an undisputed bantamweight championship fight on Dec. 13 in Japan, sources tell @MikeCoppinger. pic.twitter.com/kHIC2UszqQ

By the time Inoue finally got around to giving Donaire a rematch, it was a total slaughter. The 39-year-old Donaire had slowed down considerably from their first fight and was easy pickings for the superstar ‘Monster’ Inoue in the rematch.

“I haven’t watched his bouts in their entirety, but I can see he is a talented and aggressive boxer,” Inoue said to ESPN about Butler. “If I can unify the four bantamweight titles this year, I would like to move up to the super bantamweight division.”

If Inoue moves up to 122, he can battle IBF/WBA champion Murodjon Akhmadaliev and WBC/WBO champ Stephen Fulton for their titles to try and become undisputed at super bantamweight.

Ideally, it should be fast for Inoue to win all four belts, as long as his promoters at Top Rank can get him the fights against those champions.

Butler recently captured the vacant WBO 118-lb title with a 12-round unanimous decision over Jonas Sultan in April. The victory for Butler was his eighth straight since losing a 12 round decision to Emmanuel Rodriguez four years ago in 2018. In 2015, Zolani Tete blitzed Butler, stopping him in the eighth round. 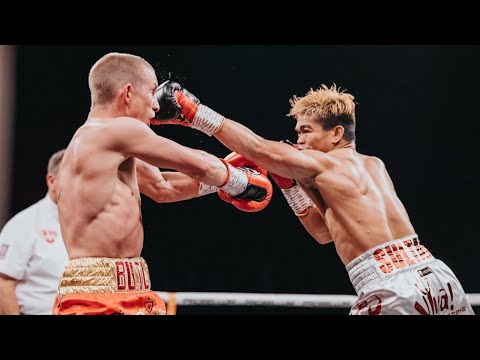