Fury said Joyce (15-0, 14 KOs) beats everyone at heavyweight but him. When told about that comment, Joyce said, “Sign the contract.” He’s ready to fight Fury next if he’s feeling confident in his abilities to beat him.

Fury obviously isn’t going to take that fight with Joyce because it’s hard work, and he’s more interested in a big payday against Anthony Joshua on December 3rd. Joyce would be pure trouble for Fury, who wouldn’t be able to get away with his main specialty of leaning on his opponents.

The style that Fury’s trainer Sugarhill Steward has taught him isn’t one that would work against Joyce, and at this point in his career, he doesn’t have the wheels he once did to move for 12 rounds to evade the Juggernaut.

“Yeah, it was fun while it lasted. It was tough, and it was challenging,” said Joe Joyce to iFL TV. “That’s why I love boxing. It was a great victory and a phenomenal knockout as well.

“I was trying to get him out in rounds seven and eight. That’s when he was starting to feel it and feel the pace.

“I stepped it up and picked up the pace like my corner said and tried to get him out of there, but he held on and was still fighting and swinging. It wasn’t until the 11th that was a great hook that I caught him with to finish off.

“We’ll have to wait and see. If he doesn’t want it, I’ll get elevated, thank you,” said Joyce when asked if Usyk would want to defend his WBO title against him.

“Let’s see. Sign the contract,” said Joyce when told that Tyson Fury said that he’d beat everybody but him. “I’m confident of my abilities. He’s a tough fighter. I remember sparring him. I’d have to up my levels to beat him.

“He’s a phenomenal fighter, but yeah, it would be s great fight. Let’s see what happens. If he fights Usyk, or he fights me, or if he fights Joshua or Manuel Charr. One thing is for sure, I’m the WBO route. If Usyk is not going to take the fight, I’m going to be world champion.

“I’m at the elite level and can call out these guys and get the best fights. It was a long time ago and water under the bridge,” said Joyce about his loss to Usyk many years ago.

“This time around, it’ll be over 12 rounds. I saw how Joshua got on with him, and I think I can do better,” said Joyce. 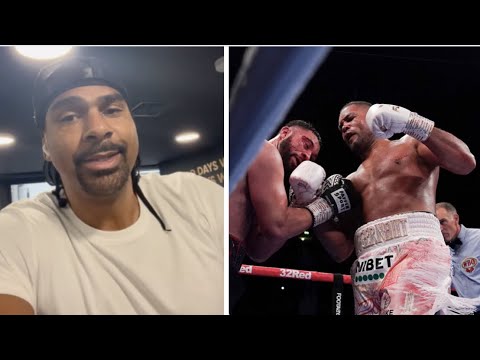