By Brian Webber: Eddie Hearn says Anthony Joshua “won’t” sign the contract by Monday for a fight against Tyson Fury because they have a meeting planned for that day to discuss the contract points.

Hearn says that Fury (32-0-1, 23 KOs) should walk away if he’s true to his word and go ahead and fight Manuel Charr on December 3rd because Joshua will not be signing the contract by Monday.

It’s unknown if Fury is serious about bailing on the Joshua fight if he doesn’t sign by Monday. He’s got to know the money he’ll get for fighting Charr will be nowhere near what he’d get for a fight against Joshua.

It appears that the three fights that money that Fury has made and the success that he’s achieved with his three fights with Deontay Wilder have taken away his patience.

Fury now acts like a spoiled kid who is no longer willing to wait for a big fight to be properly negotiated.

If this is going to be his attitude moving forward, it’s going to limit him to fighting scrubs, who will eagerly sign the contract with away just for the sake of fighting him.

“Look, Tyson Fury has no intention of taking this fight if that’s the route he’s going to take,” said Eddie Hearn to iFL TV, addressing Tyson Fury’s talk of a Monday deadline for Anthony Joshua to sign the contract.

“Well, guess what? We’re not signing on Monday because we’re having a meeting on Monday to discuss numerous points in the contract.  This is the process. We waited nine days for the contract, and we’ve been working very hard with Queensbury.

“No one has been messing around, and we’ve got meetings with BT, DAZN, and Queensbury to go through the process and get this done. But it ain’t happening on Monday.

“Again, if you’re true to your word, which you never are, walk away from the fight if you don’t want it. The public knows you’re going to fight Manuel Charr on December 3rd. It’s a joke.

“So, don’t waste our time because we’ve spent a lot of time on this fight already. Phone calls, Zoom calls, meetings, and we’ve got more on Monday. So if you don’t want the fight, just walk away.

“Queensbury will know that it’s ridiculous because we’ve got a meeting on Monday to talk about things in the contract.

“I don’t think Tyson and Queensbury are on the same page. They can’t be unless everyone is just winding us up and wasting our time. Move on, or off we go,” said an irritated sounding Hearn. 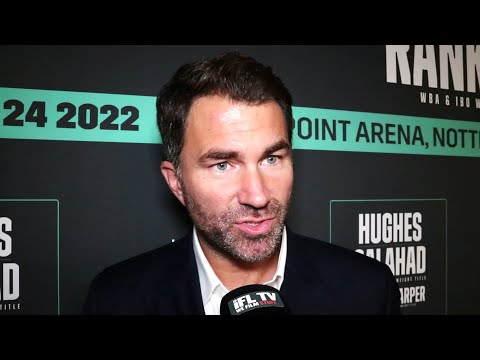