Deontay Wilder is now Jogging In training Camp for Helenius By Daniel Echevarria: Floyd Mayweather, also known as TBE, one of the greatest boxers ever before he retired undefeated, would often say something like, “A TRUE Champion always bounces back. “

I have always heard that you can always tell the true character of a man by HOW he gets back up after he is knocked down in life.

I will be honest and say I was so pleasantly shocked to hear that The Bronze Bomber didn’t just bounce back, but he was trying to be better than before.

If you have been following Wilder’s career, then you will remember that Deontay always refused to Jog, and not surprisingly, because he had such a devastating right hand that most opponents wouldn’t last to the later rounds, where proper conditioning was important for Wilder.

I always noticed his body language if his fights lasted into the later rounds, especially in his last fight with Tyson Fury; he became extremely tired right after the second round, in my opinion.

At the conclusion of Wilder vs. Fury 3, I always wondered if Wilder had been jogging all this time and more focused on WINNING instead of REVENGE and didn’t get so tired would the outcome be different?

That fight is now in the past, and what happened already happened so it doesn’t matter now, but what does matter is if you learned something in that defeat and you are willing to make the necessary CHANGE to become better.

In the case of The Champ, aka The Bronze Bomber, aka The King of the Heavyweight MONSTERS Deontay Wilder, the answer is a resounding YES!

If you would like to see the actual video of The Champ on the Track jogging, it is not on his Instagram account; instead, it’s on his trainer’s Instagram account, MALIKKINGSCOT, and I sincerely hope this will be a permanent part of Wilder’s training from now on because all of the great boxers of today and yesterday from all the Mayweather’s to Ali all took time out to RUN. 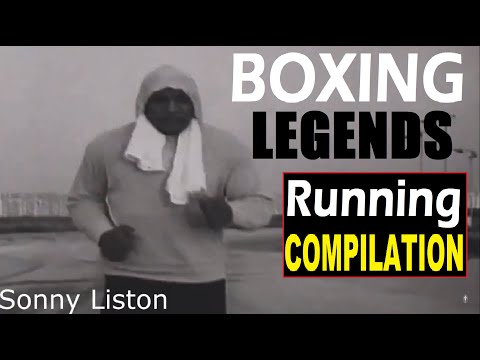