Bol, Ingebrigtsen and Duplantis are Euro athletes of 2022 Fellow European champions Elina Tzengko and Mykolas Alekna, who both won golds in Munich in August despite still being teenagers, were crowned this year’s ‘rising stars’.
­
Bol becomes the fourth Dutch winner of the women’s European athlete of the year trophy in eight years, following in the footsteps of Dafne Schippers and Sifan Hassan. She was one of the standout athletes of the European Championships, winning gold in the 400m, 400m hurdles and 4x400m.

“I think the only other person to win three gold medals like this at a European Athletics Championships was my compatriot Fanny Blankers-Koen. I’m not a superstar like her yet but one day I hope to be and this just gives me extra motivation,” said Bol.

She also won silver in the 400m hurdles at the World Championships behind Sydney McLaughlin, her only defeat of the season outdoors in either 400m and 400m hurdles.

Bol finished ahead of high jumper Yaroslava Mahuchikh and heptathlete Nafissatou Thiam in the European voting.

For the first time in history, the men’s European athlete of the year trophy was awarded jointly to Sweden’s Duplantis and Norway’s Ingebrigtsen.

“This feels a bit like 2018 when we were the joint winners of the rising star award,” said Ingebrigtsen. “It is always an honour to be named in the same breath as Mondo after what he’s achieved on the world and European stage.”

Speaking via video from the United States, Duplantis said: “I think Jakob would agree, European Athletics and the European Athletics Championships have been such important stepping stones in our careers that I would just like to say a big thank you.”

The pair both won three gold medals at major championships in 2022 with Duplantis breaking the world record three times too and Ingebrigtsen setting a world indoor 1500m record.

Tzengko won the javelin title with a PB of 65.81m while Alekna upgraded his silver medal from the World Championships with gold in Munich, setting a championship record of 69.78m in the discus to defeat a field which included world champion Kristjan Ceh and all three medallists from the Tokyo Olympics.

Alekna was presented with his award by Estonian discus legend Gerd Kanter, who was the principal rival of Mykolas’ father Virgilijus, the 2005 European athlete of the year.

Tzengko was one of three finalists for the women’s rising star award alongside high jumpers Angelina Topic from Serbia and Estonia’s Karmen Bruus – both of whom equalled the world under-18 best of 1.96m this year – while Alekna was nominated alongside double European under-18 champions Mattia Furlani from Italy and Dutch distance running prodigy Niels Laros. 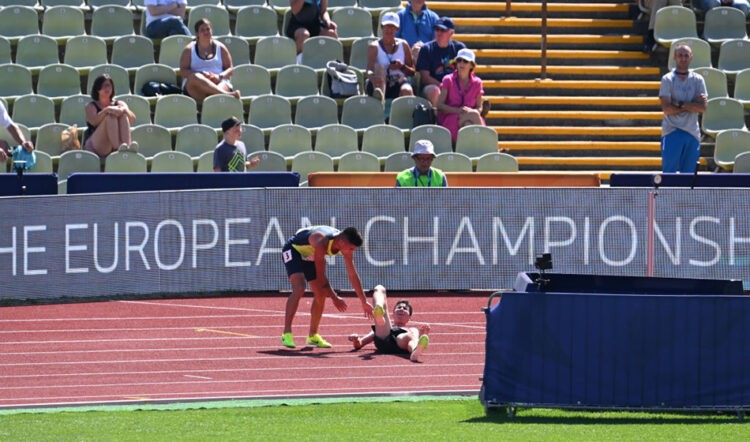 Andorra’s Nahuel Carabana was also awarded the fair play award for his selfless sportsmanship at the European Championships in Munich where he sacrificed his race to assist an injured opponent in the heats of the 3000m steeplechase.