By Charles Brun: WBC president Mauricio Sulaiman says his organization’s deadline for heavyweight champion Tyson Fury to confirm whether he’s coming out of retirement or not is this Friday, August 26th. Fury needs to confirm in writing by that deadline whether he’s going to retire or continue his career.

Sulaiman isn’t saying who will fight for the WBC title should Fury choose to stay retired, but many believe that the winner of the Andy Ruiz Jr. vs. Luis Ortiz fight on September 4th will face Deontay Wilder for the belt if it’s vacated.

Fury has been telling fans that he’s retired for months now. However, last Saturday, he posted on social media that he plans on resuming his career and is interested in fighting IBF, WBA & WBO champion Oleksandr Usyk or Anthony Joshua.

“We confirmed that we’re giving Tyson Fury and his team until this Friday, the 26th, to receive written confirmation,” said WBC president Mauricio Sulaiman to Secondsout about the deadline Tyson Fury has to confirm in writing whether he’s going to unretire.

“Instead of speculating, we’re going to wait for the time that we all agreed, and we’ll see. Tyson Fury, we are very proud of him. We’re giving him the time he deserves to make an educated decision that we all expect to be done this Friday.

“I don’t like to speculate,” said Sulaiman when asked what will happen if Fury chooses to retire and relinquish his WBC belt. “Once we have an issue, we address it. To start right now to discuss it will be disrespectful to Tyson Fury.

“So, we’re going to wait until Friday, and the next thing is next. As a matter of mandatory’s, Tyson just fought his mandatory, so he’s free to do whatever he would like to do for a while. In case he remains as a champion, he has many options. If it’s a different scenario, we will address it then.

“I think Fury would see a unification as a challenge, as a motivation to get back and make another statement as a champion. I think he will be happy to look into that option. I see Fury-Usyk as being a tremendous interest for everyone.

“We would like to see fights between champions. We encourage them. . It complicates the divisions for the organization, but we have agreed to continue to try and see these unifications,” said Sulaiman. 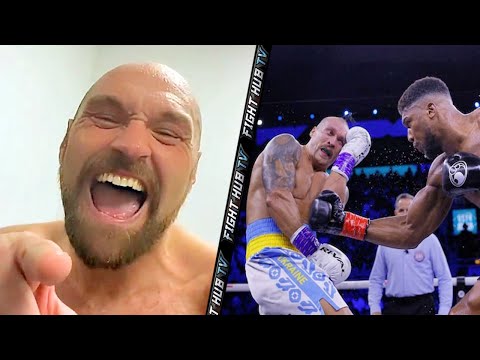