Event on October 29 has changed its name in memory of the former European, Commonwealth and Boston Marathon winner

The University of Manchester have renamed their annual cross country relays in memory of Ron Hill, the iconic distance runner who died last year aged 82.

“The Ron Hill University of Manchester Relays” will take place on Saturday October 29 on the University Fields.

Speaking on behalf of Ron’s family, Steven Hill said how delighted they were by the news. “He loved his relays, and this one in particular,” he said.

In fact, so dear to his heart were the University of Manchester relays that Ron ran all six legs of the original 6x3300m parkland course in 1976, leading the field after leg one and finishing 5th team!

Dr Hill, spent six years at the University and this laid the foundation to his illustrious career which saw him compete at three Olympics, the first of which was Tokyo in 1964, just weeks after he had completed his PhD in textile chemistry.

He went on to win Commonwealth and European marathon titles, being the first British winner of the Boston Marathon and the first British runner to break 2:10 for a marathon. In addition he won the national cross country title, took silver in the World Cross Country and set multiple world records on the road and track.

He also holds the record for the longest “streak”, running every day from December 1964 for an incredible 52 years and 39 days: 19032 consecutive days.

Hill was of course also a significant innovator and pioneer when it came to designing running clothing, socks and footwear, plus training and race preparation methods, also leaning on his studies and research at Manchester, that were well ahead of their time.

The Ron Hill relays, held on a fast grassland course with a 3000m lap since the 40th edition in 2006, are this year fittingly supported by the sportswear company Ronhill Sports with an extensive prize list worth around £2500. 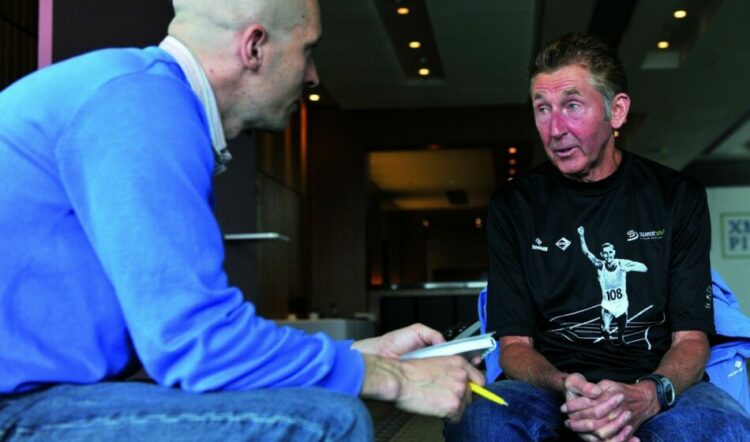 Graham Richards, Brand Director at Ronhill says: “When the University approached our company, which is the guardian of both the Ronhill and Hilly brands, with their decision to rename this race for Ron it was a fantastic fit for us and a great way to continue our celebration of all the founder of these brands achieved in his life.

“We are aiming to establish a fitting long term relationship between Ron’s race, the University and the Ronhill brand.”

Established in 1967 by Ron along with fellow graduate John Whetton, the Ron Hill relays are open to clubs, universities and colleges.

There are prizes for the first three men’s, women’s and mixed teams as well as the first 10 individual fastest male and female laps. Already a successful event, with over 150 teams across the three races last year, the aim is to make this the most prestigious university relay in the country.