By Vince D’Writer: WBC/WBO/Ring Magazine Super featherweight champion Shakur Stevenson (18-0, 9 KOs) is set to showcase his boxing skills in front of his hometown fans as he will defend his titles against Robson Conceicao (17-1, 8 KOs) live on ESPN on Friday September 23, at the Prudential Center in Newark, New Jersey.

When Stevenson faces Conceicao on Friday night, it will mark Stevenson’s first title defense as the unified super featherweight champion. The last time Shakur was in the ring he faced a man who he called out for a significant amount of time, and in April 2022, the then WBC champion Oscar Valdez finally took the bait and agreed to fight Stevenson. 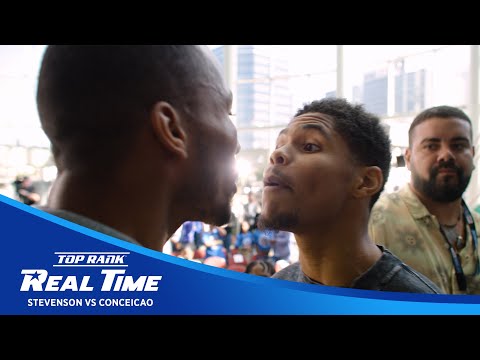 The two undefeated champions faced each other at the MGM Grand Garden Arena in Las Vegas, Nevada. In addition to Stevenson’s WBO, and Valdez’s WBC belts being on the line, the vacant Ring Magazine title was also at stake.

Prior to the unification bout, the previously unbeaten Oscar Valdez was supposed to be the toughest fight of Shakur Stevenson’s career, but Stevenson didn’t get the memo, as he beat Valdez in dominant fashion.

His jab was thrown early and often as he constantly used it to control the distance. At the midway point of the fight Stevenson started pressing forward and landing combinations. In Round 6 Stevenson hit Valdez with a right hook that floored Valdez. He would go on to continue dominating the second half of the fight, and winning the championship bout by unanimous decision.

Now Shakur Stevenson is ready to defend his unified crown as he plans on using this opportunity to make a statement by showcasing his skills as a ring technician. “All I’m thinking about is going in there and beating him up. If the knockout comes it comes. When people go in there and search for a knockout, that’s when they have bad performances, and I don’t plan on having a bad performance.” Stevenson is focused on winning the fight and making it an entertaining night for his hometown fans.

In the co-feature, 23-year-old 2020 Olympic lightweight silver medalist Keyshawn Davis (5-0, 4 KOs) will take on Omar Tienda (25-5, 18 KOs). During their faceoff at the press conference, Tienda stood in front of Davis wearing a pair of sunglasses, but Davis was able to see through the fashionable eyewear. “I can still see them eyes boy. I can still see them. Are you ready? You know what I do. It’s going to be a great fight,” Davis stated as he proceeded to shake Tienda’s hand. 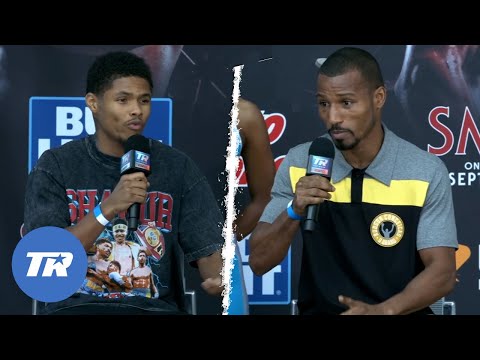 However Shakur Stevenson is on a mission as he plans on successfully defending his titles and putting on a pleasurable show for his fans in Newark, New Jersey. If Stevenson is successful on Friday night, becoming undisputed in the division is an option for him, but a rumor is circulating that Shakur may announce his decision to move up in weight to the 135-pound division. 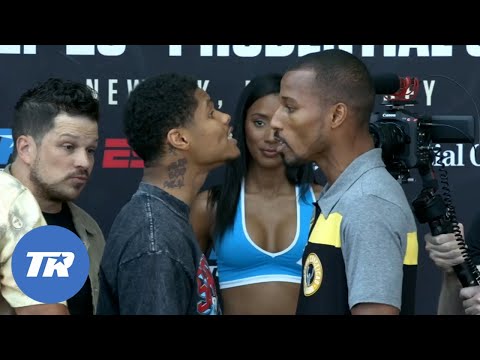