The 2022 Commonwealth Games proved to be a successful event for Australia, as they picked up the most gold medals (67) and topped the medals list (178) ahead of England and Canada, respectively.

Here is a look at some of the highs and lows for the Australian competitors at the Games.

Middle-distance runner Oliver Hoare produced the best performance of his career to win the gold medal in the men’s 1500 metres. The 25-year-old clocked a time of 3:30.12, which was not just a PB, but also a Commonwealth Games record.

Hoare finished ahead of Timothy Cheruiyot and Jake Wightman, respectively. It was a huge improvement from the Australian, who could only finish 18th in the recent World Championships in Eugene.

The man from Sydney was in fourth place as he approached the final bend in Birmingham. He then chose to make his move, finding a strong turn of foot to go past his rivals in lane three.

Hoare became the first Australian to win the men’s 1500 metres event at the Commonwealth Games since the great Herb Elliott in 1958.

Versatile runner Jessica Stenson proved she has the stamina at the highest level with her victory in the women’s marathon in Birmingham. She ensured the race was run at a strong pace, a pace at which not many of her biggest rivals could keep up.

Stenson prevailed by 29 seconds with a time of 2:27:31. She is now a medal holder in the marathon in three Commonwealth Games. The Australian won bronze in Glasgow in 2014, while four years later, in front of her home crowd, she once again came third to pick up bronze on the Gold Coast.

The route in Birmingham was a tough test for the marathon field as it involved numerous twists and uphill phases. Stenson, who appeared to be fresh following a sustained period of rest leading into the Games, became the sixth Australian in the last 10 editions to win the women’s marathon. 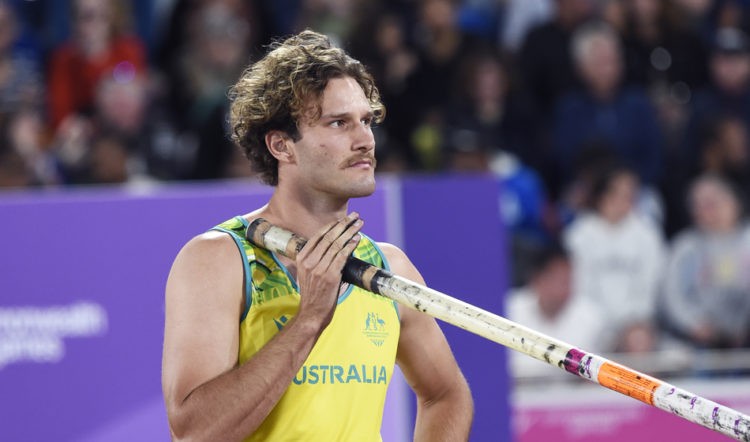 Kurtis Marschall and Nina Kennedy ensured Australia dominated the pole vault at the Games, as they won gold in the men’s and women’s events respectively. Marschall claimed the first prize four years ago on the Gold Coast, and he was also to defend his title.

The two-time Commonwealth champion cleared 5.70m, which meant he matched what Steve Hooker achieved in this event, prevailing in back-to-back editions. Marschall required three attempts to get over 5.50m, but he made it and then was in the driving seat after successfully clearing 5.60m at the first jump.

Kennedy went two places better than her bronze in 2018. The 25-year-old jumped 4.60m, which was enough for gold in Birmingham. The Australian has consistently been in contention for medals at major events over the last couple of years. It was her second medal in two months as she won bronze at the 2022 World Championships. 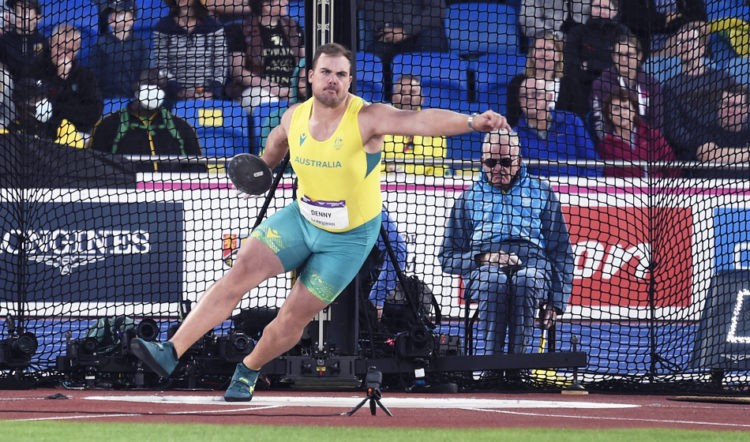 Australian discus thrower Matthew Denny fell agonizingly short of a medal at the Olympics in Tokyo, as he was 0.05m away from third place. The former hammer thrower made up for that disappointment by sealing gold in the 2022 Commonwealth Games.

A personal best of 67.26m was enough for Denny to secure the biggest moment of his career so far at the Alexander Stadium. It also showed how much the man from Toowoomba had improved in his sport.

Although this achievement came on the other side of the world, many athletics fans would have tuned in during the early hours of the morning to watch Denny’s big moment. Some would have backed the thrower on betting sites in Australia, such as the prolific bet365, as they offer odds on all major athletics events such as those at the Commonwealth Games and World Championships.

Barber had to remain patient, as she did not reach the lead until her final throw of the event in Birmingham. Her score of 64.43m was enough to prevail by just 16cm. It keeps up her dominant run in women’s javelin. 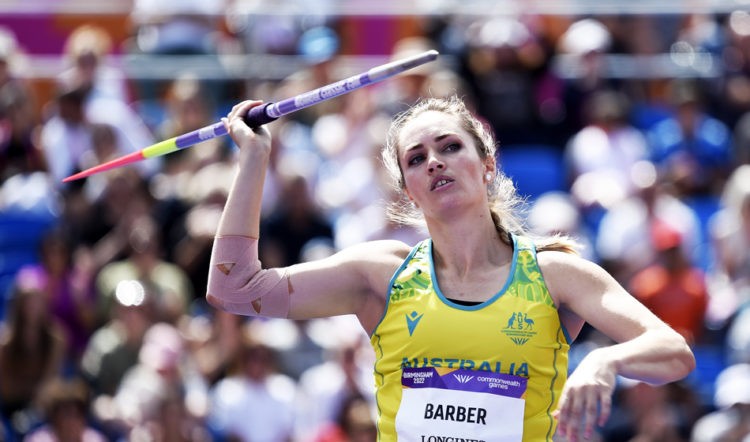 Although there were lots of success stories in Birmingham, there were also some athletes who were disappointed with the way the Games went for them. One of them will be Peter Bol. He had to settle for silver in the men’s 800 metres.

High hopes were expected from the national record holder, especially after he finished the first round with the quickest time. In the final, Wycliffe Kinyamal upped his performance to clock 1:47:52, which was 0:0.14 faster than Bol.

The next Commonwealth Games comes in 2026 in the State of Victoria where many of the Australians who won gold in Birmingham will be defending their titles.