Interestingly, Arum didn’t say anything about Crawford’s advanced age and the weak opposition that he’s faced since he moved up to 147.

The only marginally decent fighter the Omaha, Nebraska native has fought since moving up to welterweight was the past his prime gatekeeper Shawn Porter, and he had a lot of problems beating him.

Yordenis Ugas arguably did a better job against Porter, and, of course, Spence beat him by fighting his own fight by battling him on the inside in 2019.

If Spence had boxed Porter the way Ugas did, he likely would have beaten him by a one-sided 12 round decision in the same way that he did. For the fans that remember, Ugas was robbed of a decision against Porter, as he appeared to beat him by a 10-2 score.

“Just because our contract with Terence came to an end doesn’t mean my views of the fight changed,” said Bob Arum to Fighthype about the Spence vs. Terence Crawford fight on November 19th.

“I really believe Terence is the better fighter and will beat Spence when they fight, although I expect it’ll be a tremendous fight. That remains to be seen,” said Arum when asked if Spence – Crawford will be on the level of the 1980s fight between Sugar Ray Leonard and Tommy Hearns.

‘Hearns-Leonard, now looking at that fight like a fully baked cake. The fights over, we seen what happens. This [Spence vs. Crawford] has the ingredients of one of those fights. Whether it actually turns out to be will depend on the fight itself.

“The way these guys fight, either guy is talented enough and has the ability to knock the other guy out. If you ask me, ‘do I think the fight will end by a knockout,’ I don’t think so. I think it’ll be a hard-fought fight that’ll end in a decision,” said Arum about his thoughts on Errol Spence fighting Terence Crawford. 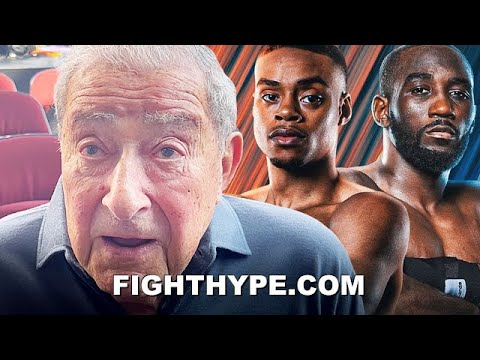