Hodgkinson, who was then a teenager when she claimed silver, stole a lot of the headlines in the UK but Jemma Reekie was just nine hundredths of a second off a bronze medal.

Reekie – a European U23 champion over the distance – clocked 1:56.90 in the Japanese capital. The fact that only Hodgkinson, Kelly Holmes and Laura Muir have gone faster in the UK speaks volumes of the level that she reached.

Speaking ahead of the World Athletics Championships in Oregon, the 24-year-old wants to use her fourth place finish in Tokyo as motivation for Oregon.

“I was determined to come back and be stronger and better as an athlete in the years ahead and it’s made me want to get a senior medal [at a major championships],” says Reekie, who is one of four Brits – Hodgkinson, Alex Bell and Ellie Baker – in the 800m.

“We’ve all seen it coming and it’s great timing having Tokyo and then back-to-back world championships before Paris.”

Reekie arrives into Oregon as the British 800m champion, a title that she won for the first time in her career back on June 26. Hodgkinson didn’t compete due to receiving an automatic waiver as Diamond League champion from last year, but it was much needed for Reekie and motivation ahead of the big one.

She got glandular fever back in February and couldn’t even train for a couple of weeks. Reekie’s first 800m of the season coincidentally came at Hayward Field at the Pre Classic on May 28, when she ran 2:00.53 and finished eighth.

What a moment for British middle distance running as Jemma Reekie, Alex Bell and Keely Hodgkinson all qualify for the women’s 800m final 🇬🇧#Athletics #Olympics pic.twitter.com/4Jvxhyjd2N

If she gets to the final, expect a much quicker performance this time around.

“I’m running faster in training than what I was last year and everything is going in the right direction,” adds Reekie, relieved about the fact she’s had a solid block of preparation in Colorado.

“Some of the races this season have been frustrating and I’ve been playing a bit of catch up when working out how to get over it [glandular fever]. We’re just hoping that it all works out and I don’t see why I can’t run a personal best if I have a good day.

“I’ve definitely been having a lot better days than I did compared to the start of the season. It’s something that needs time but I’m recovering well and getting on top of things to get back to myself. I hope the progress over the past few weeks will show at the World Champs.

“It’s been a wee while but it’s one of those things where you just have to rest and I don’t do that very often! I’m hoping the time after the British Champs has given me that time that I’ve needed.” 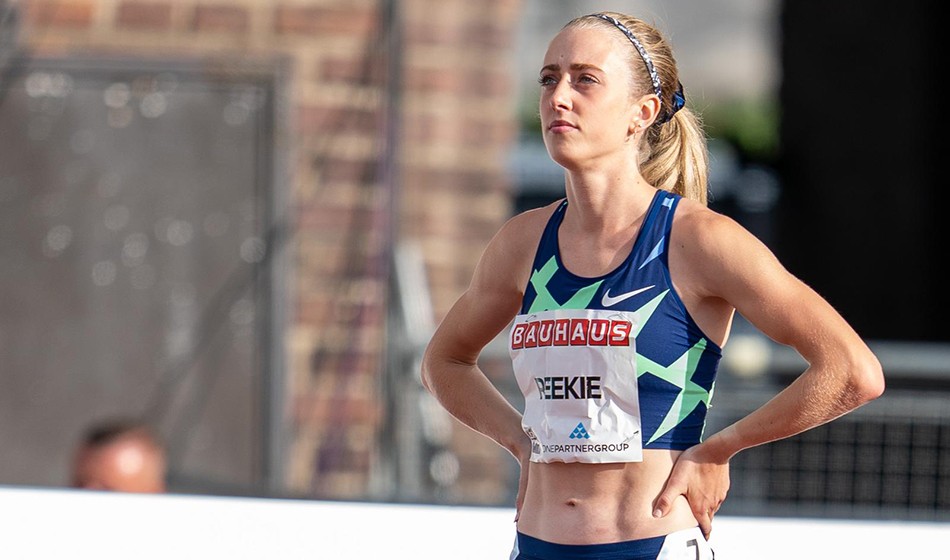 Reekie is certainly not short of inspiration. If she does win a medal one person the Brit will dedicate it to is Melanie, the mum of a childhood friend who passed away from cancer around four to five years ago.

She has a tattoo of a lily, Melanie’s favourite flower, on her left arm in memory of someone who went to Reekie’s track meets when she was younger and helped changed her outlook on life.

“She [Melanie] was definitely one of my biggest supporters throughout the years,” says Reekie. “She died from cancer and the whole time she kept smiling and was happy.

“I remember seeing her in the hospice and she told me that she knew I was going to make it. It had a big impact on me that whenever something bad happens to me, it’s not the worst thing in the world.

After Muir’s bronze and Jake Wightman’s gold in the 1500m, can Reekie continue the medal rush in the middle distances at these championships?

“I’ve watched Laura [Muir] train over the past seven years and I’ve seen the highs and lows,” adds Reekie. “It’s made it easier as an athlete to see her and it was so special to watch her collect a medal at the Olympics, knowing everything that’s happened before.

“Over the years, you thought she should medal and she’s some so close so it’s inspiring to think how she’s coped with everything over the years.

“Seeing Josh [Kerr] and Jake [Wightman] come through makes it so real for Scottish athletes and now you see the younger generation coming behind. To have the Commonwealth Games so soon as well, it’s going to amazing and there’s going to be such a good atmosphere. To be running the way we are now is world class and we all inspire each other as athletes.”