A hard price to pay for anti-doping vigilance Recent doping cases are not a great look for athletics, writes Katharine Merry, but there should be pride taken in how proactive the sport is in punishing those who break the rules

Plenty of headlines have been created around our sport lately in relation to doping and, whenever one of these stories comes out, it produces a complex melting pot of emotions for me.

There’s the concern around how this news – whether it’s the spate of Kenyan distance runners testing positive or 2012 Olympic 400m hurdles champion Natalia Antyukh being set to lose her gold medal – makes the sport look, plus there’s that sinking feeling of “here we go again” and a deep sadness of, unfortunately, not being surprised. You want to be shocked, you want to be appalled but, with Russian athlete Antyukh, that wasn’t the case I’m afraid.

There are encouraging aspects to it all though, too. I’m disappointed for the sport but I’m also very proud that we’re the ones being so proactive with these issues. The more you test, the more positive cases you are going to find and the better systems you have in place, the more people are going to fall foul of it.

I still think we could do more when it comes to anti-doping and it would benefit massively from more funding, but athletics does deserve a lot of credit for being on the front foot when some other sports perhaps don’t do enough in this area, simply because they don’t want to.

There’s no doubt at all that anti-doping is a lot different from when I was running. The whole process seems a lot more relentless, which is a very good thing and obviously the reason why more athletes are being caught.

We did have to do the whereabouts process and tell people where we trained, where we lived and when we were going away, but it has stepped up in terms of how regimented that is and being narrowed down to specific hours in the day.

I was a very organised athlete and I’m still a very organised person – I’d be the one sorting out all the details for our training camps, for example – but the more lackadaisical athletes out there soon discover there really is no margin for error.

I have no sympathy for anyone who doesn’t take this side of the job – and it is a key part of the job if you want to be a professional athlete – properly seriously. Ultimately, the responsibility has to sit with the individual.

In years gone by, if you’d written a job description for being a full-time professional, time management and ticking all the right boxes when it comes to anti-doping protocols probably wouldn’t have been the first thing you’d have put on your list, but it’s right up there now.

CJ Ujah’s case has been a prime example of how easy it can be to come a cropper in the current climate. He put his failed test – which saw the British 4x100m team stripped of their Olympic silver medal – down to having taken a supplement which he ordered through Amazon.

The AIU deemed his error wasn’t deliberate and his ban will now come to an end in time for him to start competing again this summer but, when CJ does get back on the track, it is going to be a big test in a number of ways.

He knows what he’s done, he’s accepting what he’s done and the consequences of that will now follow him for the rest of his career. It’s not something you get away from and he will face questions about it when he starts racing again. I hope that he’s strong enough and prepared enough for that.

UKA technical director Stephen Maguire has said he will come under consideration for selection for the British team again, should he be running quickly enough, but there will still be challenges in bringing him back into the fold. 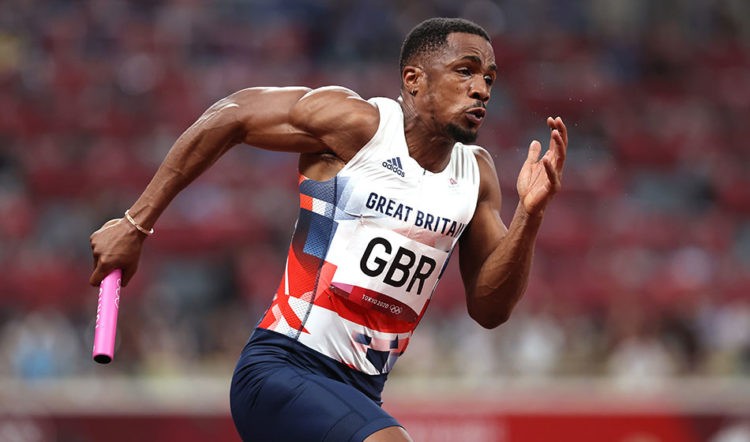 It has been made easier by a couple of his team-mates from that Tokyo line-up publicly providing him with messages of support, but not everyone will feel that way and that’s completely understandable.

With the Antyukh case, I have a lot of sympathy for American Lashinda Demus who will become Olympic champion 10 years later than she should have done. It’s too late. It’s not just that she’s missed out on the winning moment. The money, the improved contracts and sponsorship that goes with it is gone, too.

What are the interest levels going to be like in a 45-year-old Olympic gold medallist compared to one who was at the peak of her powers? The answer to that question is a short one. 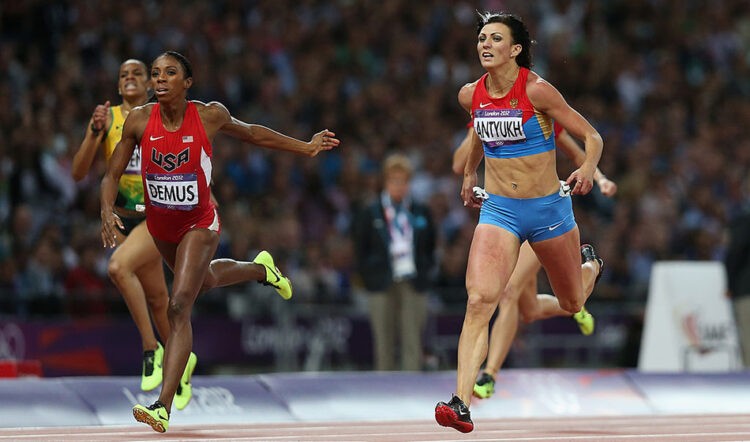 As an athlete, you do have a sixth sense that someone you are competing against might not be playing by the rules. You can ask any athlete at a top level that and you’ll find very few that will say “yeah, I’ve looked along the line and thought ‘look at all these lovely nice people I’m going to be racing against’”.

However, as obvious as it may sound, you have little choice but to block that out of your mind and get on with your own performance. If you don’t, it will drive you mad.

Also, don’t always believe that the cheating comes down to who the coach is or the make-up of the training group. Every athlete is an individual, is their own person and has a choice. I just hope that, with the ever improving systems in place and the increasing cost of falling foul, more athletes make the right choices.