By Gavin Howie: We are just hours away from the trilogy between 2 fighters who will ultimately be remembered for their soon-to-be trilogy that has yet to identify the clear victor.

Tonight will be the first time Gennady Golovkin has fought professionally at 168lbs in a career that has spanned over 15 years.

Eddie Hearn has stated that it could be the last throw of the dice for Golovkin in this trilogy, and he could prove to be correct if the previous scorecards continue.

We have two fighters that are at different crossroads in their careers. Canelo chasing greatness, coming off a below-par performance by his high standards, albeit it against an undefeated World Champion in a higher weight, which was a task that ultimately was one too far. The other, Gennady Golovkin, has the highest ko ratio in middle-weight history (89.7%) and has been looked upon as being on the slide.

Gennady Golovkin has been the most avoided fighter in this generation and has had one fighter in his sights for a number of years; He is looking for gratification that he is the best, and Canelo is looking to put an end to this rivalry once and for all.

This rivalry has been maturing more and more over time, and tonight is the third and most evenly contested match which could contest a further fight depending on this result.

My prediction for this fight is: Triple G to win on points. I think Canelo has tried to achieve greatness, similar to Roy Jones Jr moving between weights, before you become unstuck and regress. The previous two fights have been wars, and this will be no different, but I believe there is one fighter who needs this for his legacy more than the other, and that is why I believe GGG will dig deeper to get the win. 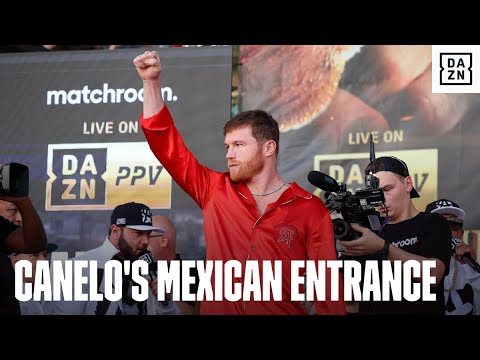