Bedford International Stadium will play host this weekend to the National Athletics League Grand Finals, where several recent Commonwealth Games stars are set to be in action.

The UK’s top league for clubs is set to come to an exciting conclusion for 2022, with most of the bigger names expected for the Premiership final on the Saturday. Entry will be free for both this match and the Championship final on the Sunday, which will include Bedford & County AC.

Early names announced by the clubs include shot putter Adele Nicoll (Birchfield), who was eighth for Wales at the Commonwealth Games and was part of the GB bobsleigh squad for the Winter Olympics this year.

Heather Paton (Birchfield), who ran for Scotland in the 100m hurdles at the Commonwealths, is one of the highlighted names on the track.

Greg Thompson (Shaftesbury Barnet) and Patrick Swan (Swansea), who are ranked fourth-best in the UK in the discus and shot respectively this year, have also been confirmed. 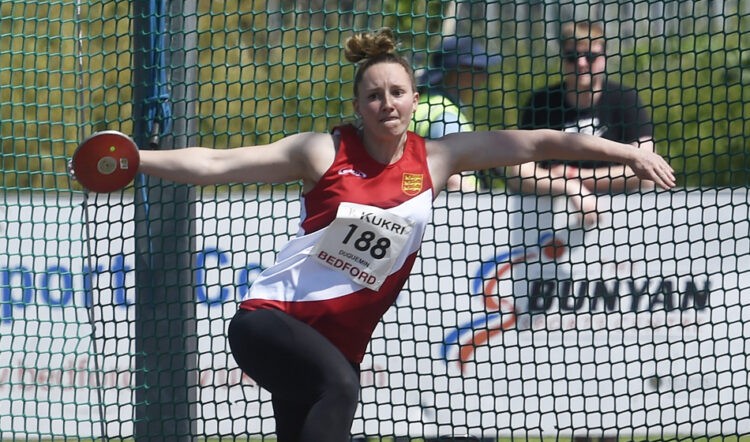 Yemi Mary John (Woodford Green with Essex Ladies), who recently won the world under-20 400m title, has competed for her club in the league this year and could be set for a return. Sam Reardon (Blackheath & Bromley), who was fifth in the men’s 400m at those World U20 Championships, is another regular for his club in the league.

Not only will the matches decide the overall standings for 2022 following the three earlier rounds, but the meetings will incorporate the “Cup” and “Plate” finals.

Both days will be available to view on the web via Vincosport. Please note that, although entry to the stadium is free, parking charges will apply.

The 16 Premiership teams will all be in action in Bedford on Saturday. The top eight teams thus far in the league will contest the Cup final, with the bottom eight competing in the Plate final. Also at stake will be league points to decide the overall standings for this season, including winners and relegation. The 16 championship clubs will take centre stage on the Sunday, with Cup, Plate and overall titles, as well as promotion and relegation, at stake.

The six National 1 clubs will compete at Yate in the usual format for their fourth round.