Wilder Feels Sympathy For Helenius After Knocking Him Out By Brian Webber: Deontay Wilder (43-2-1, 42 KOs) had mixed emotions about stopping his old friend & sparring partner Robert Helenius (31-4, 20 KOs) in the first round on Saturday night in their headliner at the Barclays Center in Brooklyn, New York.

Wilder landed a short right hand late in the first round that knocked the 6’6″ Helenius senseless. He was literally out cold from the moment that punch landed, and there was no way that he knew what had happened to him as he fell limply to the canvas.

Although Wilder was happy to get the victory, which was his first in three years since 2019, but he didn’t like seeing Helenius unconscious on the canvas in the first round with his unseeing vacant eyes seemingly staring at the ceiling.

For Wilder, that wasn’t an enjoyable moment seeing Helenius in that state. He says he wants to check on Helenius next month to make sure he’s ok from the knockout.

Of course, we probably won’t know if Helenius is really ok until he fights again. If Helenius loses by knockout in a gimme fight, then you have to suspect that he’s still feeling the effects from the knockout against Wilder.

Getting knocked out like the way he was tonight isn’t a good thing for one’s career, and we can only hope he can come back from this.

“Like I said, Robert is a friend of mine. We love Robert,” said Deontay Wilder to Fighthype after his first round knockout of Robert Helenius last Saturday night.

“To see a friend of mine on the ground like that and not understanding what’s going on is heartbreaking. I don’t want to dwell on which one is the right knockout right now because my heart is sore right now. I want to make sure he’s ok.

“I want to make sure he’s going to be fine. Not just for today. We got to wait. I want to see what’s going on a month later. Then I can go back and look at certain things, and pick & choose. Right now, I’m not focusing on that.

“Those Grant gloves were great. I’ve always heard about Grant gloves saving hands. I’ve broken my hands over and over again,” said Wilder. 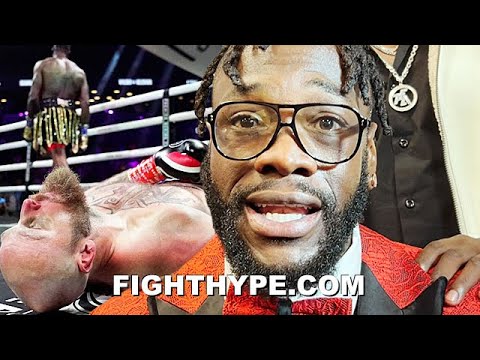