By Justin Estuart: In the sport of boxing, certain fights can get materialized, but mega-fights do not come very often. Above all, super fights, including Canelo-GGG III, Spence-Crawford, and Fury-Joshua look to be all lined up during the fourth quarter of 2022.
Let’s break down these three mega-fights.

The long-awaited trilogy is set for Canelo Alvarez and Gennady Golovkin for the undisputed super middleweight championship of the world on September 17th at the T-Mobile Arena in Las Vegas, Nevada.

The last time these two men encountered was four years ago. Many say that the third fight is past its expiration date, or perhaps it is the fight to settle the score. Both fighters went from sparring partners to rivals and have been in the biggest stages throughout their respective careers.

For Canelo, he’s coming off a defeat to reigning “Super” WBA light heavyweight champion Dmitry Bivol and has not lost a boxing match bout since his bout with Floyd Mayweather back in 2013. Furthermore, Alvarez is motivated to bounce back and retain his undisputed super middleweight titles against Golovkin.

For Golovkin, he is looking to defy Father Time at the age of 40 and aiming to get the victory over Canelo. Moreover, GGG has the chance to become an undisputed champion in the 168-pound division, a feat that he has yet to accomplish.

All in all, they say that the third time’s the charm.

Two undefeated fighters, and both are champions in the same division. For the undisputed welterweight crown, Errol Spence Jr. and Terence Crawford aspire to chase greatness in a career-defining fight for their respective legacies. Both Spence and Crawford have agreed to terms for a November 19th date in Las Vegas.

For Spence, he currently holds the IBF, WBA “Super,” and WBC welterweight straps. Coming off serious back-to-back injuries in a detached retina and a horrific car accident, The Truth wants to claim the only missing belt which is retained by Crawford.

For Crawford, the current WBO champion at 147 pounds, is no stranger to undisputed status and intends to capture a second undisputed crown after being undisputed in the junior welterweight division back in 2017. More importantly, Bud has knocked out all his opponents at welterweight since he moved up in 2018.

Given these points, Spence and Crawford is an intriguing matchup that comes once in a blue moon. The winner of this bout would also be considered the best pound-for-pound fighter in world boxing.

Many consider Tyson Fury vs. Anthony Joshua as the biggest fight in British boxing. Both men are heavyweights and have distinct charismatic personalities. That being said, Fury and Joshua have agreed to terms for Dec. 3rd, with the venue being targeted at the Principality Stadium in Cardiff, Wales.

For Fury, he has decided to come out of his short-lived retirement and give Joshua a title shot for his WBC crown. Not to mention, the Gypsy King has been calling for a fight with AJ over the last few years and is aiming to extend his unblemished record alive.

For Joshua, he is coming off two consecutive losses to Oleksandr Usyk, the current unified heavyweight champion. Moreover, AJ is daring to be great and motivated to challenge Fury for another championship opportunity by not taking a tune-up fight.

In reality, Fury-Joshua looks to be happening at an unexpected time, but it is a fight that both boxers have clamored for.

In spite of the controversial timing of these respective fights getting made, these types of fights don’t come every now and then, especially within the same year. 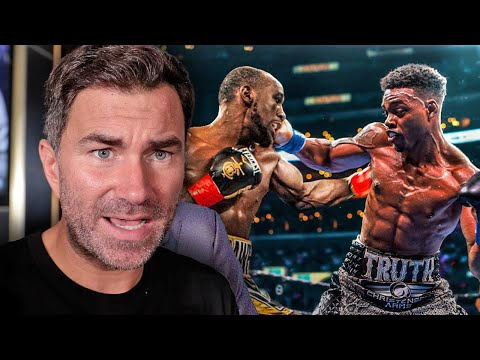