By Brian Webber: Gennadiy Golovkin has no pressure on him for Saturday’s trilogy fight with Canelo Alvarez, says Gabe Rosado.

With the oddsmakers and most of the boxing public viewing the 40-year-old Golovkin (42-1-1, 37 KOs) as the underdog against the undisputed super middleweight champion Canelo, he doesn’t have pressure on him.

Not having the same high expectations of him as he did in the first two fights against Canelo (57-2-2, 39 KOs) could help Golovkin because he’s free to fight the way he wants.

Canelo is coming off a rare loss to Dmitry Bivol last May, and he must win on Saturday night to show the boxing world that he’s still the same fighter that he’d always been.

If Canelo gets beaten by Golovkin, it’s going to look bad for him due to the advanced age of GGG. For those who have been watching Canelo closely for signs of deterioration, he’s shown slippage in his last three fights dating back to his clash against Billy Joe Saunders in 2021.

Canelo was getting outboxed by Saunders in the first six rounds before the British fighter tired out. In Canelo’s next fight against Caleb Plant, he had a hard time beating him. If not for Plant fading in the later rounds, Canelo might have lost the fight.

Those two fights showed that Canelo isn’t the fighter that he once was, and his recent loss to WBA light heavyweight champion Dmitry Bivol confirmed that.

It had nothing to do with Canelo not being right during training camp, as he looked the same as he’d been in his fights against Plant, Saunders, and Callum Smith.

If Canelo is looking for a knockout of Golovkin, he could be wasting his time because he doesn’t have the punch output or the gas tank to attempt to KO GGG. That will be a major mistake on Canelo’s part if he uses up energy trying to score a stoppage

If Canelo had a good gas tank, it would be worth a try to attempt to knock out Golovkin, but that’s not the case.

“These guys can fight ten times, and we’re going to see the same fight because of the styles,” said Rosado about Canelo and Golovkin. “I think what we’re going to see is a competitive fight, and I think it’s going to be the best fight out of the three.

“I think it comes down to Canelo staying disciplined and working the body and not getting over anxious. I doubt that he will. I think he just wants to close the chapter. He wants to get that knockout.

GGG, even though he’s 40, he’s not the average 40. He’s a special fighter with character, and that goes a long way.  So, I see it going the distance.

“So, he’s damned if he do, damned if he don’t. That’s why I say he should just go into the fight and get the win. Obviously, it’s going to be a great performance. You’re always going to get an action-packed fight between these two guys.

“Just go in and fight your fight and get the win. Like I said, if he gets the knockout, people are going to say, ‘Oh, he [Canelo] was supposed to get the knockout.’ GGG is 40. That’s how people see it.

“Like I said, he’s [Golovkin] a different type of 40. He’s a Bernard Hopkins 40. He’s a Sergio Martinez kind of 40. These guys at that age were still fighting high level.

“Don’t let the age fool you. His physique looks better than it was five years ago. The knowledge is always there, and it increases. The punching power never goes. So the age factor, I’m not even putting it in.

“Weight is only a factor in how you treat it in training camp. So, I think the weight can benefit GGG going into this fight. Now he doesn’t have to drain himself as much and can put more food in his body.

“I think this is a fight where you’ve got to be smart. You’ve got to set traps, and you’ve got to think,” said Rosado when asked if Golovkin should go all out looking to score a knockout.

“You can’t go into a fight with Canelo and say, ‘I’m just going to go all out.’ That’s playing into Canelo’s game. You’ve got to fight smart. I don’t think GGG is thinking about the future.

“I’m pretty sure you’ll see a rematch if GGG does win. It’ll be 1-1 with the draw. Yeah, you got to run it back. I think GGG comes into this fight with no pressure.

“I think he’s going to be able to put in a better performance in this fight than in his last two because I think he doesn’t have that pressure. I think all the pressure is on Canelo,” said Rosado. 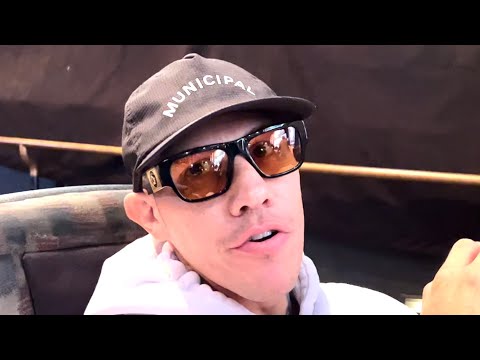