By Jack Tiernan: Devin Haney is amped up about the news of Errol Spence Jr vs. Terence Crawford agreeing to terms for an undisputed welterweight championship two months from now on November 19th in Las Vegas.

Haney feels that Spence-Crawford is a “50-50” affair that can go either way, depending on what they bring.

Devin says that WBO 147-lb champion Crawford’s tendency to get a little overaggressive could hurt him because it would make him vulnerable against the heavy puncher Spence.

We haven’t seen how rugged the soon-to-be 35-year-old Crawford is because he’s only faced two big punchers in his career in Kell Brook and Egidijus Kavaliauskas.

Crawford hit the deck after getting nailed by Kavaliauskas with a big shot.  Although the knockdown was waved off by the referee and ruled a slip, it was clear that Crawford was legitimately dropped.

Brook was way past his prime and nothing like the guy that he’d once been years earlier. However, before Crawford stopped Brook in the fourth round, he was getting touched up, and he looked plenty worried.

“I love Crawford, and I love Spence. I just want to be a fan and just watch,” said Devin Haney to Fight Hub TV about the November 19th fight between Errol Spence Jr. and Terence Crawford.

“I like both of those guys, and I can’t pick a winner, honestly. I think it’s 50-50. I think on any given night, they could beat each.

“I would love to see that fight more than one time because I feel it could end in a knockout in the first fight, but in the second fight, it could go in a different direction.

“I just feel like those guys are equally matched. It depends on what kind of fight that Crawford fights because, at times, he can be aggressive, and be too aggressive and get caught, and that plays into Errol’s favor.

“He [Spence] has a good jab, good power, smart fundamentals. So a switch-hitter like Crawford, it can be kryptonite for him because a guy with better fundamentals can beat a guy like that,” said Haney in giving his thoughts on the Spence vs. Crawford match-up.

Spence is capable of boxing when he wants to. If he chooses to box Crawford, it could be an interesting chess match. It would be fun to see if Spence can outbox Crawford like he did Mikey Garcia. 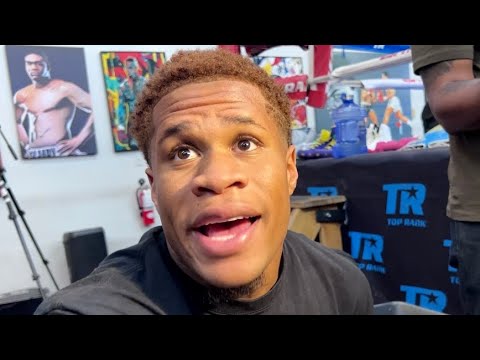