By Jim Calfa: Canelo Alvarez weighed in at 167.4 lbs and Gennadiy Golovkin at 167.8 lbs for their 12-round headliner live on DAZN pay-per-view this Saturday, September 17th at the T-Mobile Arena in Las Vegas, Nevada.

Canelo (57-2-2, 39 KOs) looked less cut up than he had the last time he fought Golovkin (42-1-1, 37 KOs) in 2018. In that fight, Canelo’s physique resembled that of a bodybuilder that was heading into a Mr. Olympia competition. Today, looked normal in comparison but still muscular. 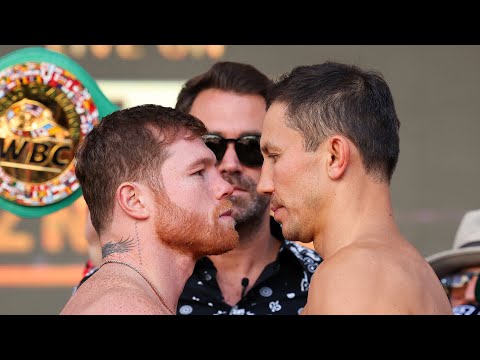 It’s going to be interesting to see if Canelo gasses out after three rounds as he did in his last fight against Dmitry Bivol on May 7th. If Canelo fades early against Golovkin, he’s going to be asking for trouble.

“They’ve been goaded by the media, and they’ve had so many face-to-face, and they want to fight,” said Eddie Hearn to Boxing Social about Canelo and Golovkin.

“I think they both realize physically they’re in for an absolute war on Saturday night, and they’re preparing themselves for battle. Yesterday, he said, ‘I’m sick of the face-offs because when I look at him, I want to rip his head off.’ I was like, ‘Okay.’

“Honestly, I don’t think he’ll take a step back in this fight, nor will Gennadiy Golovkin. That’s why I think you’ll see the best of the three yet,” said Hearn.

“People have been telling me, ‘I think Gennadiy is going to do this,’” said Hearn to ID Boxing. “The pressure of Canelo Alvarez coming off a defeat.

“That air of invincibility is fading away slightly, but he’s so up for it, Canelo, and so is GGG. They can’t stand each other.” 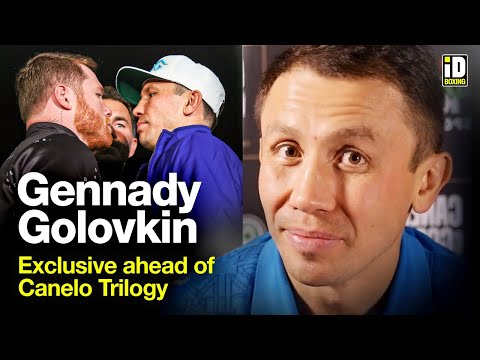