By Robert Segal: Oleksandr Usyk seems less than pleased with the news that Tyson Fury will possibly be defending his WBC heavyweight title against Anthony Joshua next.

Although the unified champion Usyk insists that he’s not upset about Fury (32-0-1, 23 KOs) may be fighting former two-time world champ Joshua next on December 3rd in the UK, his reaction suggests otherwise.

It seems that Usyk would like Fury to sit and wait until the two of them meet for the undisputed championship in February or March rather than taking a risky fight that he could lose against Joshua in December.

There’s a rematch clause for the Fury-Joshua fight, meaning that if Fury gets beat, the two will meet for the second clash in 2023.

For Usyk, he would have to sit and wait for the smoke to clear for the two fights between Fury and AJ and then face the last man standing.

“I’m not p***ed off. The bigger problem is Fury is not letting fans see one of the best bouts in boxing history,” said Oleksandr Usyk to RingTV, reacting to Tyson Fury likely fighting Anthony Joshua in December.

“That’s his fault. Not mine. From a sportsmanship standpoint, it’s not correct.”

As you can see, Usyk is less than overjoyed at the prospect of Fury fighting Joshua next, and you can’t blame him.

WBC to sanction Fury vs. Joshua

“It seems to be close. I’ve been following the news just like you, and it seems very doable. It would be a sensational fight to close, which has been a historic year,” said WBC president Mauricio Sulaiman to Secondsout about the Fury vs. Joshua fight.

“Tyson Fury is free right now to do a voluntary defense. He did the mandatory in April [against Dillian Whyte]. We will get the notification from the promoter in April, and then we will sanction the fight.

“It’s going to be huge. It has a great potential to be made. If it happens, it’s going to be one of the biggest events in the history of boxing,” Sulaiman said about the Fury-Joshua clash. Not only in England but overall because of the elements it brings.

“It brings the greatest fans that are from the UK. It brings two huge men, very popular with the social media that they carry around. It’s as big as can get,” said Sulaiman. 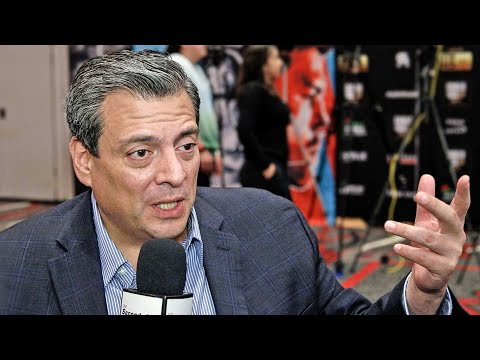