That’s a very ambitious number from Hearn, considering that Canelo’s last fight against Dmitry Bivol brought in only 500,000 buys.

One factor that could limit the amount of PPV buys Canelo vs. Golovkin III brings in is the cost of the pay-per-view on DAZN. For non-subscribers to order the fight, it’s going to cost $85 and $65 for subscribers. That’s not cheap.

Hearn says what happens during the final press conference today and at the weigh-in on Friday will be “key moments” leading up to Saturday’s Canelo-Golovkin III fight.

If so, it would be in Hearn’s best interest to give Golovkin a gentle reminder to lose his interpreter because he loses his charisma and arguably comes across as boring and less than friendly when having his words relayed through a second person.

Golovkin lives in Los Angeles and speaks English quite well. In some respect, he’s easier to understand than his interpreter, who has a heavy accent. Even with Golovkin’s broken English, he’s far more entertaining to listen to than when he’s using an interpreter.

Another factor that could keep the PPV numbers well below Hearn’s estimate of 1 million buys is that Canelo’s coming off a loss to Dmitry Bivol last May. Bivol took Canelo to school, exposing him as a one-dimensional fighter with terribly poor stamina.

“It was five years ago, six years ago. This one is going to do huge numbers. Don’t forget that Canelo vs. Bivol did over 500,000 buys on pay-per-view on DAZN. This one will do upwards towards a million buys [for Canelo vs. GGG].

“I think the first one did 1.1 or 1.2, and the second one did 1.1. I think it starts between 800,000 and a million. We’ll see what happens at the press conference and the weigh-in because they’re the key moments leading up to the pay-per-view,” said Hearn. 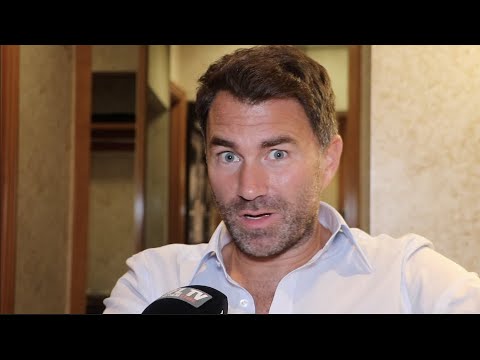