Brownlee brothers running for the hills Alistair and Jonny Brownlee have little to prove as they edge towards the end of their professional triathlon careers. Between them the brothers have won three Olympic gold medals over a trio of Games – Alistair winning the individual title at London 2012 and Rio 2016, while Jonny stood on top of the podium as part of the mixed relay at Tokyo last year.

They are not finished yet, of course. Alistair is concentrating on Ironman events, while Jonny’s attentions are fixed on short course triathlon and the pursuit of more Olympic honours in Paris 2024.

It’s perhaps no surprise, though, to learn that two such competitive animals are still planning to test themselves when their time at the top comes to an end, albeit in a very different way.

Both admit to a desire to come full circle and make a return solely to running, specifically off-road.

They have challenges in mind, too. The opportunity to test themselves in the 170km Ultra-Trail du Mont-Blanc [UTMB] and 251km Marathon Des Sables seems too good to turn down.

Running was how they started out in sport. Both raced for Bingley Harriers and predominately took part in cross country before transitioning to triathlon. Jonny also took part in the Mini London Marathon.

“I want to do [trail running] at some point and UTMB and Marathon Des Sables are definitely two [I’d like to compete in],” says 34-year-old Alistair. “The Ironman is the immediate focus for next year and then I can see, at some point in the next few years, slowing down the elite performance side and focusing on these challenges that I want to do.”

Jonny is of a like mind, the 32-year-old saying: “I will only go to Paris [2024] if I am a genuine medal contender in the individual and the relay. I’ll keep on working towards that.”

However, he adds: “I went to Chamonix [UTMB] and all the Adidas Terrex guys were there. It made me want to do it. I spent every morning running up the mountains and I really want to come back and do that kind of thing again in the future. I started in fell running so I want to do a lot of trails in the future.”

The brothers have altered the triathlon landscape in the UK. Alistair was the first Brit to become Olympic individual triathlon champion in 2012 while the younger Brownlee, who between July 2010 and May 2014 made 45 podiums in a row, was part of the British team which struck gold in that inaugural mixed relay triathlon title in Tokyo last year and has individual silver and bronze medals from Rio and London respectively.

“I genuinely never thought I could be in a position as an Olympic champion.”

We spoke to @jonny_brownlee at a recent @adidasrunning event in London 💥

He is targeting Paris 2024, praises @Lixsanyee and @georgiatb and is grateful to have won Olympic gold 🥇

Two of his team-mates in Japan were Alex Yee and Georgia Taylor-Brown, who both represented Great Britain at the European Cross Country Championships. Like the brothers, they found success in triathlon, claiming individual Olympic silver medals in Tokyo and Commonwealth honours at Birmingham 2022.

“It’s amazing to be part of that world of British triathletes competing with the best in the world,” Alistair tells AW. “It’s absolutely fantastic to see and it makes me proud to be British to have been a bit of a trendsetter in the sport.”

“Alex [Yee] is an incredible athlete and I’ve seen him come through as a young lad,” he says. “He’s an unbelievable talent and trains and competes like a champion. Georgia [Taylor-Brown] just keeps on winning so there’s a good generation of triathletes coming through.”

Both Alistair and Jonny are intent on inspiring the next generation, too. After London 2012 they set up a foundation to get kids into sport and the pair continue to work on that alongside their elite careers. 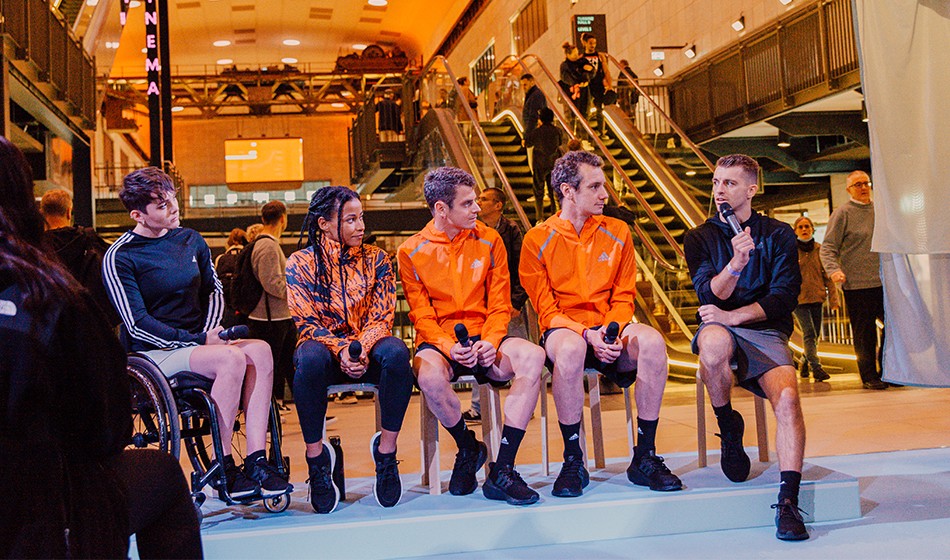 Now household names, there is pressure to reach the podium in whatever event they enter. The two have however suffered injury setbacks this past year. Alistair has described 2022 as his annus horribilis after sustaining a stress fracture in his femur which ruled him out of the World Ironman Championships and the Pho3nix Sub7Sub8 Project.

Meanwhile, Jonny suffered a broken elbow and a fractured scaphoid in his wrist during a crash at his home World Triathlon Championship series race in Leeds back in June, which ruled him out of the Commonwealth Games.

Alistair’s injury rules him out until 2023 but Jonny recovered much more quickly and finished third in the Super League Triathlon series last month. The latter is now targeting an appearance at the English National Cross Country Championships in Chester on February 25.

Running, it seems, is never far from their thoughts.