The 70th running of the oldest 10-mile road race in Britain will take place on Saturday (Nov 20) starting at William Howard School in Brampton. Organised by organised by Border Harriers and first run in 1951, the annual event has only been interrupted twice, by foot-and-mouth disease in 2001 and by the Covid pandemic in 2020.

It attracts entries of between 700-800, with over 80% being club runners, with team entries from the North East of England, Cumbria and Scotland. Around 75% are veterans, with athletes returning year after year.

The race has an illustrious history after having been won by some of Britain’s top road runners. The first five races, from 1951 to 1955 – run over a distance of just over eight and a half miles – were all won by Elswick Harriers’ Bill Boak.

Bill, now in his 10th decade, is from Carlisle and still lives in the city just a couple of miles from the finish.

Another household name, Ron Hill, representing Bolton United Harriers, led the field home in a brisk 46min 40sec in 1974, while the following year Nick Sloane set a course record of 45:50. UK 10,000m champion Carl Thackery established one of the fastest marks toward the end of the 20th century in 1991, recording 46:29.

Angie Pain, bronze medallist in the 1990 Commonwealth marathon, holds the women’s course record of 51:51 which she set in 1989. 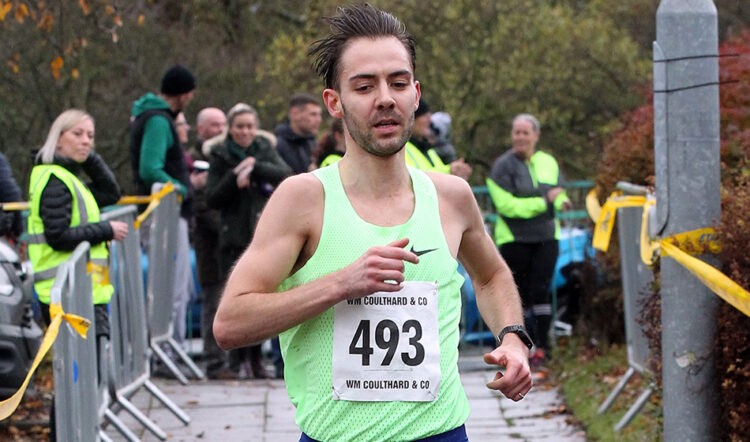 The 2021 race was run over a re-measured course, adjusted by around 80 metres, as redevelopment of The Sands Leisure Centre necessitated moving the finish line. Andrew Heyes (Hallamshire Harriers) spread the field soon after the start, finishing with well over half a minute in hand in 48:42 while Leeds City AC’s Heather Townsend was first women home in 56:50.