Haney-Kambosos II And The Reality Of Rematches By Michael Malaszczyk: George Kambosos Jr. (20-1) was smart to put in a rematch clause when he fought Devin Haney (28-0) back in June. But fans were not clamoring for this rematch.

Kambosos shocked the world when he put on a master class against Teofimo Lopez back in November of 2021. Well, maybe master class isn’t the right word, as the fight was a close affair that saw both men getting dropped. But Kambosos landed the harder shots, rallied big in the championship rounds, and had Lopez looking bewildered for most of the fight.

This fight saw Kambosos claim Lopez’s WBO, WBA, and IBF lightweight titles. Kambosos appeared all but set to give Vasyl Lomachenko a shot at those titles, but when the war in Ukraine broke out, Kambosos opted to fight Haney.

The bout was completely one-sided; giving two clean rounds to Kambosos feels generous. It wasn’t the kind of fight that left fans begging for a rematch, but fans are getting one.

In recent years, other fights have demanded rematches that never materialized, or at least not instantly.

Vasyl Lomachenko and Teofimo Lopez submitted their Fight of the Year candidate in 2020, when Lopez beat Lomachenko by unanimous decision. The fight saw Lopez box brilliantly against a master technician in Lomachenko, before Lomachenko poured on the pressure in the later rounds. Lopez rallied in the twelfth to get the win. This fight called for a rematch, as there were some question marks: what if Lomachenko had rallied sooner? Would he have won? Would coming on sooner have enabled Lopez to knock him out?

Gennadiy Golovkin and Sergiy Derevyanchenko submitted their FOTY candidate in 2019, in a war that saw Derevyanchenko dropped and hurt early but come back strong in the middle rounds, and many felt the fight could’ve gone either way when Golovkin escaped with a unanimous decision. But a rematch never materialized.

Josh Taylor just beat Jack Catterall in one of the most controversial decisions boxing has ever seen, with pretty much every observer scoring the fight for Catterall, and yet no rematch has been scheduled.

These three fights are three of many examples.

We’ve also gotten rematches that fans didn’t want. Not many were clamoring for Usyk-Joshua II or Wilder-Fury III, feeling that the results would be the same, and despite how exciting both fights were, the results were indeed the same. Haney-Kambosos II will likely be next in this lineup.

Some fights that demanded them have gotten rematches but not instantly; think Wilder-Fury II, Inoue-Donaire II, or Canelo-GGG III. All three of those fights should’ve happened much sooner than they did.

It seems in recent times, we’ve gotten rematches or trilogy fights fans didn’t want, while missing out on the ones they did want. So what’s the deal with these rematches?

The unfortunate reality is that rematches aren’t driven by what the sport needs but rather what a fighter or promotion wants, and it’s usually based on money.

Oh, sure, some rematches that should happen do happen in a timely fashion; Canelo-GGG II happened when it should have, minus Canelo’s clenbuterol scandal. Charlo-Castano II did as well. Kovalev-Ward II also comes to mind. But these appear to be exceptions more than anything; Canelo-GGG I and Charlo-Castano I ended in controversial draws, and all men in both fights wanted to run it back to get a decisive result. In the case of Kovalev-Ward, the fight was controversial in the eyes of many, and like Kambosos, Kovalev was smart to get a rematch clause in there.

Kambosos guaranteed himself a big payday and a Hail Mary play to reclaim his titles by exercising his rematch clause, though it’s hard to see a scenario where Kambosos wins on Saturday. He was smart to do that, and can also be considered lucky given that many losing fighters have deserved rematches and not gotten them.

So while Haney-Kambosos II isn’t the kind of fight fans want, it’s what they’re getting. And it’s a good opportunity for fans to realize that the rematches that make the most sense are getting rarer with time. 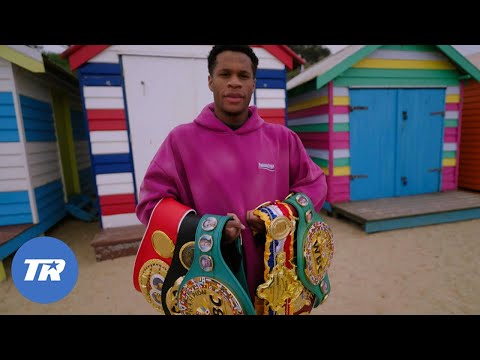