Deontay Wilder On Anthony Joshua: ‘They Made Him” By Charles Brun: Deontay Wilder says he believes Anthony Joshua was created by his promoters, and he wasn’t born to be a champion.

Wilder says Joshua’s management “bought” his belts, and as a result, he wasn’t ready for when he finally started fighting quality opposition.

The former WBC heavyweight champion Wilder’s comment about Joshua’s promoters at Matchroom buying his belts is similar to what some boxing fans say about AJ.

Early on, they believe AJ’s promoter Eddie skillfully maneuvered him to capture belts that he otherwise wouldn’t have if he’d fought someone good.

For example, they paved the way for Joshua to capture his first belt off vulnerable IBF champion Charles Martin by offering him good money to come to the UK to defend against AJ.

When Joshua fought former IBF/WBA/WBO champion Wladimir Klitschko in 2017, he caught him when he was 40 years old, coming off a year-long layoff and a defeat against Tyson.

Some fans believe that the only reason Klitschko fought Joshua was for the big payday. In other words, it was a fight that Joshua wouldn’t have got if his name was ‘Joe Blow’ and not well connected.

“They made Anthony Joshua. They made him. We’re born to do it, not made. Even the Olympics, they gave him that [gold] medal,” said Deontay Wilder to the Last Stand Podcast.

Wilder’s comment about the 2012 London Olympics is Joshua’s questionable win over Italy’s Roberto Cammarelle. Many fans saw that as a robbery, as Cammarelle appeared to get the better of Joshua in that Olympics, as did Cuba’s Erislandy Savon. Additionally, Zhilei Zhang and Ivan Dychko fought Joshua to a standstill.

“They bought a lot of the belts. The way they moved him and prepared him for certain moments, he was not ready for it.”

“I’m willing and able for everybody. I still want to whoop that a**,” said Wilder when asked if he’s interested in fighting Joshua.

“I’m not going to rob the fans of not making that fight happen. I definitely want that fight to happen. I just wanna know if they’re for real.”

If Joshua loses to Tyson Fury in their proposed fight for December 3rd, Wilder might as well forget trying to fight him because AJ will likely retire.

Even if Joshua doesn’t hang up the gloves, a fight against Wilder at that point wouldn’t be nearly as big as it would be right now. 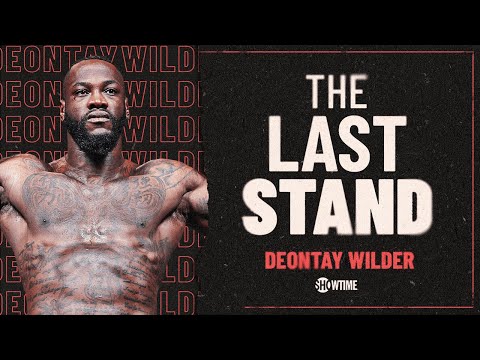