Lomachenko says he’s never seen the former three-division world champion Tank Davis (27-0, 25 KOs) up against a top fighter, and he’d like to see him start at this stage of his career.

While Santa Cruz is an excellent fighter, his best weight class at this late stage of his career is 126, and he had no business fighting the much larger Tank Davis.

Gervonta’s handlers at Mayweather Promotions have been carefully matching him his entire career, keeping him away from the opposition that might beat him like Lomachenko, Devin Haney, Teofimo Lopez, and Shakur Stevenson.

At this point, it’s unlikely that Mayweather Promotions will change the way they’ve been matching Tank Davis because he’s arguably the only big money-maker in their stable.

If he gets beaten repeatedly by quality opposition, they won’t have any other fighters that can bring in the big dough.

“He’s [Tank Davis] never fought top, top fighters. [Isaac] Cruz, before this fight, I never hear about him. I never know about him, but now he deserves his place in a top fight. I didn’t see Davis with good opposition in 135 lbs; I’ve never seen it,” said Vasyl Lomachenko to ESNEWS about Gervonta ‘Tank’ Davis.

“He’s a boxer who understands boxing and knows what he needs to do in the ring. Again, I want to see him with a top, top boxer in our weight class,” said Lomachenko.

It’s doubtful that Mayweather Promotions are going to change the way they match Tank Davis because they don’t have a deep stable. The biggest risk that they’re going to take with Tank is by matching him against the badly flawed Ryan Garcia, which is a chip shot for him. That’s a lower-level fighter than Isaac Cruz.

Recently, we’ve seen how terribly flawed Tank Davis is, with him barely beating the slugger Pitbull Cruz and struggling with Barrios, Santa Cruz & Rolly. Based on those performances, Tank would stand no chance of defeating Lomachenko or Shakur Stevenson.

Tank’s boxing ability isn’t good enough for him to beat either of those guys, and he’d likely lose to Regis Prograis, Jose Zepeda, and Jose Ramirez at 140. 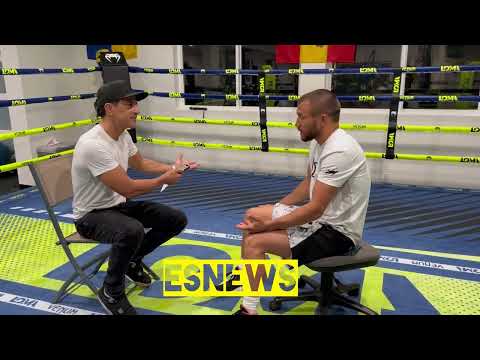