By Barry Holbrook: Tyson Fury has reportedly vacated his Ring heavyweight title and appears to be serious about his retirement from the sport claim from last Friday.

With the Ring title vacated, the organization could put it up for grabs for the Anthony Joshua vs. Oleksandr Usyk II rematch next Saturday on August 20th, in Jeddah, Saudi Arabia.

As for Fury’s WBC title that he’s vacating, Joseph Parker says he’s hoping the World Boxing Council puts it on the line for his fight against Joe Joyce on September 14th.

You can argue that Bob Arum showing no interest in entertaining the idea of putting together a tune-up for Fury against his pal Derek Chisora didn’t help. Fury really wanted that fight for some reason.

“This is Tyson. We’re tired of his s***, that’s it. He offered me $2 million. I said, ‘Cool, send me the paperwork, let me see.’ I’m still waiting for the paperwork. No paperwork. He’s a waffler. He’s a great fighter, but he waffles too much.

“I can’t say [if Fury will fight him again]. I can’t cry for something I never had. I cannot say, ‘Why this and that,’ but I never had that. I was never in conversations with him. It was just a conversation from a text message on the phone. That was it.

“That was how far the fight got, and then he started coming out making noise, going on Instagram. I didn’t even entertain it, to be honest with you, because I know when it’s the real deal.. If it’s not the real deal, I don’t have to entertain it.

“That guy has been retiring since he started boxing, so we don’t know. I think he’s going to fight Deontay Wilder again because Deontay Wilder is fighting Robert Helenius for the mandatory to the WBC,” said Chisora. 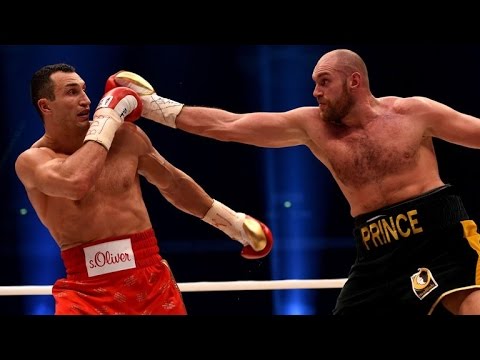