By Allan Fox: Ryan Garcia’s dad says his mega-fight with Gervonta ‘Tank’ Davis is “close to being done” and in the “high 90%” mark.

Henry isn’t saying whether the Davis-Garcia fight will take place this year, however, but he’s very optimistic that it’s going to happen. That’s a positive for the boxing world.

The Golden Boy promoted Ryan Garcia has hounded Tank Davis for this fight night & day for the last two years, never shutting up about it.

“Done deal, right? My thought is very simple. We’ve prepared for this fight that everybody wants, and it’s very, very close to being announced,” said Ryan Garcia’s dad, Henry Garcia, to Fighthype about the Gervonta  ”Tank’ Davis fight.

Ryan was bent out of shape the other day, talking about how Gervonta had grabbed his chain when they were in a nightclub. When Ryan was talking about it, his eyes looked as if he were about to cry, and you could see that Tank had gotten to him with his chain-grabbing.

“There are a few things that need to be ironed out, but for the most part, we’re in the high 90% ratio,” said Henry. “I can’t give those details out, but I can say for sure that it’s going to happen,” said Henry when asked if Tank vs. Ryan will take place before the end of the year.

“They both have crazy knockout power, and they both started at an early age. That’s something that people are misinformed with Ryan. Just because he’s a social media star, they don’t know that he started at age seven. So that’s the difference between him and Rolly [Romero].

Some fans have become annoyed at Ryan’s constant obsession with talking about wanting to fight Tank, as there are a lot of other high-quality fighters at 135 that he could have fought.

That’s why a lot of them think that Ryan’s main focus is getting a big payday that will come from fighting Tank because if his focus was on wanting to fight the best, he could have easily fought Vasyl Lomachenko, Devin Haney, and Teofimo Lopez by now. 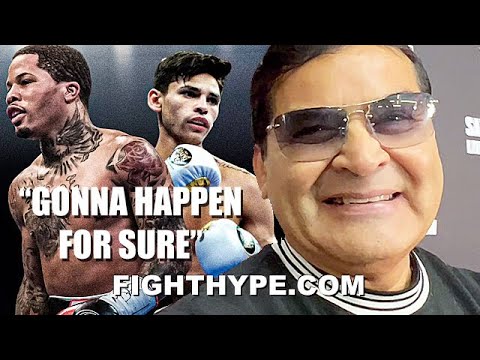