By Barry Holbrook: Roy Jones Jr says he thinks it’s a great idea for Anthony Joshua to face Tyson Fury next despite having lost his last two fights.

Jones feels that it would be good for the career of Joshua (24-3, 22 KOs) right now to face WBC heavyweight champion Fury, and it would be a huge fight for boxing

It might not be as good for Joshua’s career as Jones Jr thinks, as his self-confidence looks shot after his back-to-back losses to Usyk.

I don’t know about you, but the last thing fans need is for Joshua to go postal after suffering his third consecutive defeat at the hands of Fury. What Joshua really needs is a couple of easy tune-ups against bottom 20 level fighters and then face Dillian Whyte in a stadium fight in 2023.

In the meantime, if Fury and Usyk retire, so much the better for Joshua and Deontay Wilder. Joshua doesn’t need Fury, as he’s got a lot of different contenders he can face in the division that he’ll have a better chance of beating.

“I think Joshua should fight Fury first because that’s a fight that the UK wanted, and we had thought that we had lost because of Joshua losing to Usyk,” said Roy Jones Jr. to Fighthype about his hopes that Anthony Joshua will fight Tyson Fury next.

“With that not being lost, I think that fight might still be on the horizon. It’s one of the best things for Anthony Joshua and for boxing,” said Jones Jr. about his hope that Joshua faces Fury.

“Secondly, Oleksandr Usyk, I would definitely like to see him fight the winner of the two Joes. Joe Parker and Joe Joyce. That’s a great fight too, and I could see Usyk getting one of those guys.

“Both of those guys are pretty good punchers, and those would make great fights for someone like Usyk. Usyk and Fury are both good boxers, so that’s going to be a decent boxing match and chess match on paper. It may not be so entertaining to the fans,” said Jones Jr. 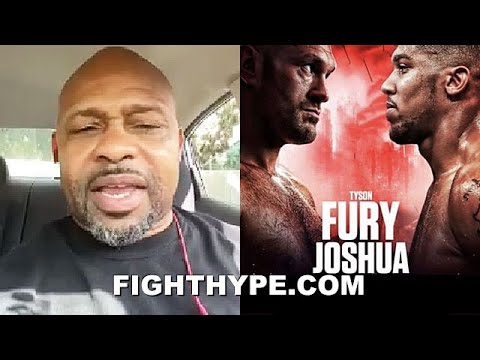