By Barry Holbrook: Leigh Wood has suffered a torn bicep and won’t be able to go through with his defense of his WBA World flyweight title against the dangerous Mauricio Lara on September 24th at the Motorpoint Arena in Nottingham, England.

With the money Wood can make in a rematch with Michael Conlan or facing Josh Warrington, it doesn’t make sense to reschedule with Lara. To be sure, the way that Wood looked against Conlan last March, Lara might be too powerful for him.

Wood took too much punishment in that fight and was fortunate that Conlan gassed out from the fast pace because he was on his way to losing.

It would take a lot of bravery on Wood’s part to face Lara, as he made easy work of Warrington in their first fight in 2021. In their rematch, Warrington clashed heads with Lara, opening up a bad cut that resulted in the contest being halted after two rounds.

Some boxing fans believe that Warrington intentionally butted Lara to get out of the fight to save himself from getting knocked out in front of his own fans again.

With Wood off the September 24th card, IBO lightweight champion Maxi Hughes will defend his belt against former IBF 126-lb champion Kid Galahad in the main event on DAZN.

“I’m happy for Leigh Wood that fights off. It’s a stupid fight to take. Leigh Wood is on the crest of a wave at the moment,” said Sam Jones to Secondsout.

“He’s up here. Why on earth would you want to take that [fight]? Leigh Wood is brave; I acknowledge that. He deserves all the respect in the world, especially after his performance against Michael Conlan because he was on his back foot in that fight and ended up taking Michael out in the final round.

“Taking that fight with Lara is a brainless decision, and I’m happy the fights off, and I hope it doesn’t get rescheduled. I hope he fights Warrington or Michael Conlan next and secures his family’s future.

“If he wants to fight Lara after that, then do it, but secure your future first,” said Jones. 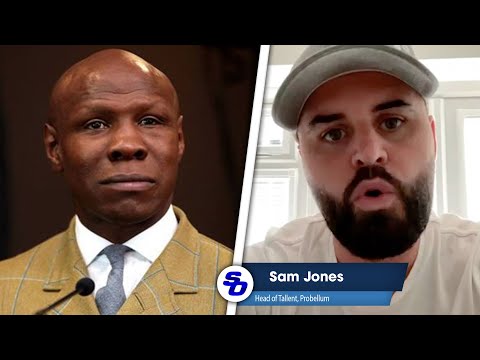