By Brian Webber: Gennadiy Golovkin says he’s “motivated” at being the underdog against Canelo Alvarez this Saturday night for their trilogy fight.

Both the oddsmakers and many boxing fans believe the 40-year-old Golovkin (42-1-1, 37 KOs) has shown signs of slippage in the last four years since his loss to Canelo in 2018. As such, they feel Golovkin is too old to beat Canelo.

Despite the 32-year-old Canelo’s lackluster showing in his defeat at the hands of Dmitry Bivol last May, he’s still in the prime of his career and fighting in a division that Golovkin isn’t quite familiar with at 168.

Golovkin will be fighting at the full weight of 168 for the first time in his career, and that could impact his performance carrying extra weight.

Like always, Canelo will be at his best in the first four to six rounds, and if Golovkin is still standing after that, he might have a chance to win if he doesn’t get taken out in the later rounds.

Canelo’s work rate has dropped off in recent fights at 168 and 175, and it’s unclear if he’s going to be able to bring it back for this fight against GGG. Given that Golovkin outworked Canelo in their two fights, it’s reasonable to assume that & land more punches on Saturday.

“Indeed, this is a new weight division for me. I’m making appropriate adjustments. My focus is on heavy training and my experience,” said Gennadiy Golovkin to Yahoo Sports News about him moving up to 168 to challenge undisputed champion Canelo Alvarez next Saturday night.

“Yes, I would agree there’s a motivational factor because you see it as a challenge to yourself,” said Golovkin in reacting to being the underdog against Canelo.

“It speaks to how much in demand you are that you’re getting this fight against one of the best fighters. It’s probably the best fight in boxing right now, and, of course, I’m ready to accept this challenge. It motivates you, yes.

“I think it’s going to be a very interesting fight and a lot of tension. I’m urging you not to mention the fight,” said Golovkin when asked if his trilogy match with Canelo would be a brutal affair. 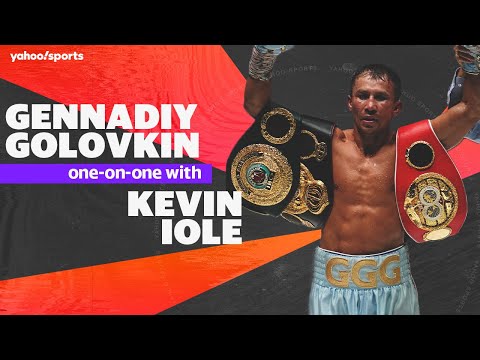